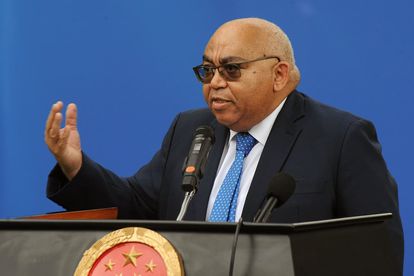 Western Cape Provincial Minister of Community Safety Albert Fritz said Neighbourhood Watch (NHW) groups may continue to operate during all hours, even during the curfew, provided they have been issued with the appropriate permit.

Fritz, in a statement released on Tuesday 14 July, noted the Government Gazette which set in place a curfew. This comes after President Cyril Ramaphosa, on Sunday 12 July, announced tighter lockdown restrictions. Ramaphosa said the alcohol ban would return with immediate effect and a curfew from 21:00 until 4:00 would be implemented in an effort to save lives.

NEIGHBOURHOOD WATCH GROUPS ISSUED WITH PERMIT MAY OPERATE DURING CURFEW

Fritz said that accredited Neighbourhood Watches, who have been issued with the appropriate permit by the Department of Community Safety (DoCS), may continue to operate during all hours, including the stipulated curfew.

“The amendment to regulation 33 states that every person is confined to his or her place of residence from 21:00 until 4:00 daily, except where a person has been granted a permit, which corresponds with Form 2 of Annexure A, to perform a service permitted under Alert Level 3, or is attending to a security or medical emergency,” Fritz outlined in the statement.

Fritz said that as of 8 June 2020, DoCS have been issuing permits to accrediting neighbourhood watch groups.

“This is in line with the letter issued by the Deputy National Commissioner, Lieutenant General SF Masemola on 5 June 2020 which outlines the conditions under which NHWs may operate, following the move from alert level 4 to alert level 3 of the lockdown,” he said.

“The presence of NHWs will serve to prevent crime. During the lockdown, we have seen an increase in vandalism of schools and shop robberies, in rural and urban communities alike,” he said.

“Neighbourhood Watch Groups can continue to utilise the permit as provided by the DoCS to patrol. It is essential that NHWs continue to patrol during the curfew hours as we know that these are the times in which crimes such as robberies and burglaries take place,” he added.

Should you have any further questions on whether your NHW structure can operate or on obtaining permits for members of your accredited NHW structure, you may contact the Department of Community Safety’s NHW unit by emailing Neighbourhood.Watch@westerncape.gov.za.