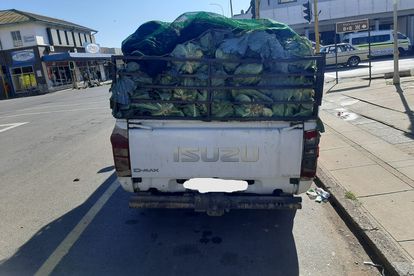 Eagle-eyed police officers in Vryheid, KZN confiscated marijuana worth half a million rand. The pair of suspects attempted to cover the drugs with fresh produce.

According to a South African Police Service (SAPS) spokesperson Captain Nqobile Gwala, police officers were conducting an operation on Saturday morning, 6 November, when they spotted a bakkie transporting cabbages near Vryheid Junction.

The vehicle was reportedly instructed to pull over and a search was conducted. “Police officers found 23 bales of dagga hidden under the cabbages,” said Gwala.

The confiscated marijuana is valued at approximately R500 000 by the police. Two suspects – aged 30 and 3 – were arrested for dealing in dagga, said the police spokesperson.

The duo is expected to appear before the Vryheid Magistrate’s Court on Monday, 8 November.