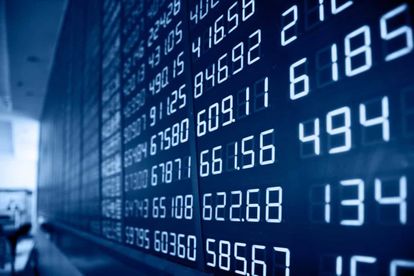 As he prepares to present what is arguably one of the most critical Budget speeches in years on Wednesday 26 February, the rand and the local stock market were caught in a perfect storm of investor concerns.

These relate both to the kind of budget that the Minister will present, as well as the wider global panic around the ongoing spread of the coronavirus. The latter saw stock markets around the world plummet amid panic selling.

The JSE suffered its biggest slump since the global financial crisis of 2008, while the rand slid to just above R15 to the US dollar.

According to Business Day, a drop of this magnitude has not been seen on the JSE since the aftermath of the collapse of Lehman Brothers, the US financial services firm that filed for bankruptcy in September 2008 while holding $600 billion (about R9.1 trillion) in assets.

“Investors continue to be worried about a lack of political certainty and whether President Cyril Ramaphosa has a clear grip on power. Talk of a sovereign wealth fund and National Health Insurance – which are not things South Africa can afford right now – and expropriation without compensation have added to the negative sentiment,” Louw stated.

The publication also quotes AdviceWorks portfolio management principal Rudi van der Merwe as saying there is nervousness around the Budget and whether government is likely to produce rational policy solutions to address the domestic funding issues around SOEs and the lack of confidence in the economy.

“Our expected credit downgrade is looming and the size of the resultant flows in our capital markets are uncertain, making investors reluctant to be exposed to risk,” Van der Merwe said.

Concerns that coronavirus is not being controlled cause global panic

The woes of the rand and the JSE are being exacerbated by global concerns that the coronavirus is not being brought under control and is in fact spreading in places such as Italy, South Korea and Iran.

The financial impact is continuing to grow, with the US stock market now in panic mode after initially shrugging off many of the concerns around the virus.

“Investors in the United States have mostly shrugged off the impact of the coronavirus ravaging China. That changed on Monday (24 February 2020), when news of the outbreak’s spread drove them to sell stocks – at a furious pace,” the New York Times reported.

Outbreak could drag down economies around globe

“The S&P 500 index, which had reached a record high as recently as [last] Wednesday, fell 3.4%, its worst single-day performance since February 2018. As analysts issued new warnings that the outbreak could drag down economies around the globe, stocks fell enough to wipe out all of the index’s gains for 2020,” the newspaper said.

It was a turbulent day for stocks worldwide: European markets recorded their worst session since 2016, and major benchmarks in Asia also closed down.