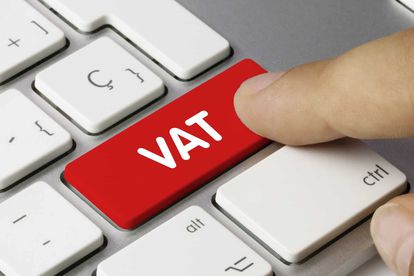 Tito Mboweni doesn’t have an easy job, we can tell you that much. As the messenger between an exhausted Treasury and a gatvol public, the finance minister won’t be winning any popularity contests this week: He will deliver the budget speech for 2020 on Wednesday, and some forecasts fear a VAT increase.

With SA’s economic growth slashed, its unemployment rates through the roof and Eskom draining the fiscus’ coffers, this is an unenviable task. Mboweni needs to find cash quickly, and rumours are starting to surface that value-added tax will be hiked in a bid to plug a black hole at the heart of our economy.

We tried to get some closure on the matter – yet all the experts we spoke to occupied two very different camps. Some believe a VAT increase would be “political suicide”, whereas others claim it’s “the only option” available to the Ramaphosa adminsitration: Here’s what those in the know are predicting for the budget speech:

“It’s very unlikely and it would probably be political suicide for President Ramaphosa. The last VAT increase was highly controversial and the government can’t afford a repeat. A VAT hike would probably push the South African economy into a recession, too.”

“I can’t predict an increase, but it seems less likely than other forms of revenue raising as it is widely understood to be regressive. VAT increases have a greater proportional impact on poor South Africans than on rich South Africans. So, the poor would feel it in their pockets, but it would have a smaller proportional impact on the rich as the rich consume less of their income. Unless the VAT increase was balanced by a sufficient increase in social grants, it would particularly affect the poorest of the poor.”

“No-one could think raising value-added tax is a way to generate economic recovery in the short term. The reason for increasing VAT would be to reduce the cost of government borrowing and reduce the risk of government’s credit-worthiness of government deteriorating further.”

“Lower interest payment on debt means that government could allocate funds to the things that really help growth in the long run like education, health and fighting crime. The best way to encourage economic recovery in the short run would be to address the electricity issue the way the President proposed in the SONA, to clarify and improve government policies on other ‘network industries’ like communication and transport, and to manage government finances carefully.”

“Yes, there will be a VAT increase…”

“The probability of a VAT increase by perhaps 0.5% this year is highly significant, as the fiscus has limited options to recover the projected shortfall in revenue.  Spreading this burden across the economy would be economically more sound than raising the already high tax rates for middle-and high-income earners.”

“The perception is that the state can protect the poor through zero rating basic foods and through a marginal increase in social grants. An increase in VAT will impact significantly on all sectors, more so on retail and services and result in decrease sales and inevitably further job losses: This would contribute towards hastening the onset of the inevitable economic recession.”

“Seen against the background of government spending, a bloated civil service, looming increases to electricity rates and minimal or no increases to salaries and wages over the same period, any VAT increase to the fuel levies now is ill-advised and counter-productive”

“These increases are therefore extremely harmful to the majority of citizens. Such an increase this year will be more than detrimental, it could be catastrophic.”

Bored? Why not go ghost hunting? Here are the top 10 haunted places in SA