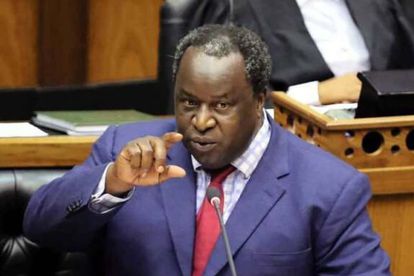 South Africans are expected to endure yet another national address on Wednesday 26 February that could be a success or a blunder. Just two weeks after the president’s State of the Nation Address (SONA), Finance Minister Tito Mboweni will take the stand to deliver the National Budget Speech 2020 — announcing how government will spend its money and collect revenue.

According to South African Citizens Survey (SACS) and Citizen Surveys’ data, this time last year, only 54% of South Africans were aware of Mboweni’s speech taking place.

“Just more than half (54%) of all South African adults aged 18 years and older watched, listened to, or were aware of the February 2019 Budget Speech delivered by Minister Mboweni. This number dropped significantly, to 36%, when it came to his Mid-Term Budget Speech (MTBS),” said Citizens Survey strategic research director Reza Omar.

Mboweni is also expected to clarify how taxes will be allocated to national priorities, including health, education and infrastructure — this may very well have an impact on the average citizen’s income, savings and daily purchases.

Mid-Term Budget Speech 2020 could be useless

Based on the survey, just more than half of South Africans who were aware of the Budget Speech said that it had a positive effect on their views of the country’s direction. However, the Mid-Term Budget Speech (MTBS) had a muted effect –more people said it had no effect on them (40%).

“After the MTBS, only 44% of South Africans felt positive about the direction in which the country was heading, which was significantly lower than the effect seen in February (53%),” said Omar.

The important thing to note, however, is that there was a decrease in those who felt negative about Mboweni’s speech. It seems as though a negative response was replaced by nothing at all.

“Those who said it had no effect, grew by 10%. In fact, the proportion of those who said that it had a negative effect, dropped by 1%, which helps to explain Mboweni’s favourability rating reaching 33% at the end of 2019 — the second-highest among all political leaders measured,” added Omar.

Corruption on the increase

A critical element of the Budget Speech 2020 will be solutions to the challenges faced by the country — many of which involve the widespread historical and present corruption that is being exposed.

In the last quarter of 2019, SACS found that about three-quarters, (74%) of South Africans believed corruption in South Africa was on the increase.

Trust in SARS was at its highest point (62%) in the first quarter of 2018 when President Cyril Ramaphosa took office and committed to bringing the perpetrators of state capture to book.

However, by the third quarter of 2018, trust in SARS dropped to a low point of 54%, corresponding with the commission of inquiry into state capture and its exposure of the problem. When SARS confirmed that it intended to investigate the tax evasion claims arising from the Zondo Commission, trust improved.

However, as no significant action was taken subsequent to 2019’s general elections, trust in SARS dropped again, ending the year off at 57%.

Between January 2018 and July 2019, SACS asked 20 800 people if they thought that withholding the payment of tax was a legitimate form of protest. By July 2019, less than two in three South Africans (64%) believed that it was wrong to evade or avoid paying tax and that such people should be punished under the law. This was 10% lower than at the height of Ramaphoria in February 2018.

“The financing of unnecessary and wasteful state expenditure, corruption, and state capture are a strong disincentive for paying taxes. This helps to explain why one-third (33%) of South Africans sympathise or believe that there is nothing wrong with not paying tax. Citizens who do not trust SARS are far more likely to believe that it is acceptable not to pay tax,” added Omar.

At the February 2020 SONA, the president reaffirmed his commitment to tackling the perpetrators of state capture.

“This is a necessary step in helping to rebuild trust in SARS, and thereby improving the government’s ability to improve tax collection” said Omar.