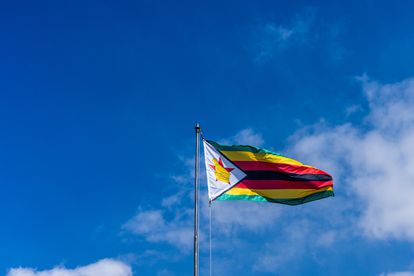 Tens of thousands of Zimbabweans could be sent back over the border, in just six months’ time – Photo: Chris Robert / Flickr

Tens of thousands of Zimbabweans could be sent back over the border, in just six months’ time – Photo: Chris Robert / Flickr

Over 178 000 Zimbabweans could be kicked out of South Africa by the end of 2022 – *if* they haven’t got their paperwork sorted. The ANC government is drawing a line in the sand, and although the deportation policy appears controversial, plenty of party officials are willing to defend it.

Deportation warning: What is the Zimbabwe Exemption Permit?

At the start of the year, Cabinet announced that the Zimbabwe Exemption Permit (ZEP) would be discontinued. However, this came with a 12-month grace period – allowing those affected to properly and officially apply for the correct documents to remain in South Africa.

Of course, this is much easier said than done. Trying to get ANYTHING sorted through Home Affairs can be a bit of a nightmare. When it comes to securing your future in this country, the stakes are extremely high – and ‘submitting the right documents’ doesn’t always guarantee good results.

Thousands of Zimbabweans facing ‘deportation’ from South Africa before next year

The ZEP came into force at the back-end of 2008, when millions of Zimbabweans migrated out of the country during the peak of their economic woes. The political situation was also highly volatile, forcing families to leave their homes and seek refuge elsewhere.

The ANC is not backing down on this matter, however. Home Affairs Minister Aaron Motsoaledi is hellbent on allowing the permits to expire, and Clayson Monyela agrees.

Government officials get tough on Zimbabweans in South Africa

The senior DIRCO official told detractors that the Zimbabweans in question have had ‘plenty of time’ to get their affairs in order, maintaining that countries ‘cannot be run on feelings’. Monyela also questioned the slow uptake of visa waiver applications amongst those affected…

“The 178 000 ZEP holders have a 12-month grace period during which they can regularise their stay in South Africa, through applicable normal immigration laws. Zimbabwe itself doesn’t compromise on immigration laws – so why should we?”

“No country is run on feelings. Lawlessness invites chaos. Despite merits of certain cases triggering empathy, a court of law or a judge will still apply the law. They have had six months to apply, but only 2 301 visa and 3 014 visa waiver applications have been received.”

2. The ZEP were never meant to be permanent. Why is @News24 opposed to 🇿🇦 implementing its immigration laws like other countries do? ZEP holders can avoid "being separated from loved ones, losing jobs, closure of bank acc" by applying & complying with 🇿🇦 laws. How is this wrong?