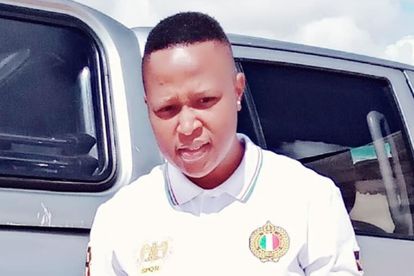 [FILE] Refiloe Malope was abducted in Limpopo on 9 May 2022. Photo: SAPS/Facebook

[FILE] Refiloe Malope was abducted in Limpopo on 9 May 2022. Photo: SAPS/Facebook

The body of  31-year-old Refiloe Malope, who was reportedly abducted, was retrieved from the depth of a mine shaft in Benoni on Monday.

As previously reported, Malope was allegedly taken by force by two people. These individuals were seen shoving the 31-year-old woman into the boot of a vehicle. The traumatic abduction occurred at the Kgaphamadi Village in Limpopo on 9 May.

According to police, the search resumed with the retrieval efforts and after four hours, the body was brought to the ground and that’s when it was positively identified as that of the missing Malope.

Another unidentified body was also retrieved from the same mine shaft and investigations are underway to determine the identity and the cause of death.

On Friday 24 June 2022, the search was halted after the body was spotted at the bottom of the shaft with the use of a special camera. The retrieval required a specialised equipment that had to be sourced, reportedly.

Limpopo Police Commissioner, Lieutenant General Thembi Hadebe said the search efforts led them to the Gauteng province and they are hopeful  that the recovery of Malope’s remains will bring closure to the family as much as it strengthens their case against the accused.

Meanwhile the accused, identified as Sergeant Thabo Letudi Moses Mokoana (40) attached to Benoni Police station and Modirelwa Maxwell Mokoana (42) will appear again before the Nebo Magistrate’s Court on Thursday 30 June 2022, for formal bail application. They are facing charges of kidnapping, murder and defeating the ends of justice.