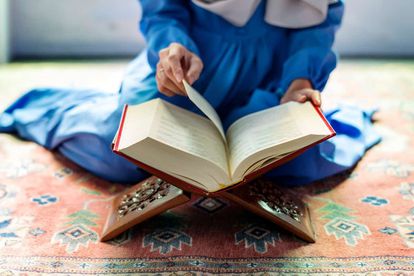 Eid will now be observed on a public holiday for South Africa – Photo: Envato Elements

Eid will now be observed on a public holiday for South Africa – Photo: Envato Elements

It’s been confirmed this weekend that Eid – or Eid al-Fitr – will take place on a date that’s a little later than first scheduled in 2022. The religious holiday will soon be observed by over a billion Muslims worldwide.

What is Eid, and when does it take place?

The celebration comes off the back of Ramadan, which began at the start of April. With these 30 days set to conclude, Islamic followers will now gather to commemorate Eid on TUESDAY 3 MAY.

Ramadan will officially end on date of Tuesday 3 May 2022

Last night, authorities in three separate nations with a large Islamic presence failed to spot a crescent moon. Instead of Eid being observed today, therefore, it was pushed back 24 hours.

This would have meant that the holy date would have also coincided with the celebration of Workers Day in South Africa, given that Monday 2 May is a designated public holiday. However, no crescent moon was spotted on Sunday evening, meaning that Eid is now only likely to take place on Tuesday instead.

The moon has not been sighted. Eid will be celebrated on Tuesday in South Africa, Inshallah.

The new moon has NOT been sighted in South Africa. This means Muslims will observe another day of fasting tomorrow. Eid-Al-Fitr will be celebrated on Tuesday. #Ramadan

Confirmed. Eid is on Tuesday. pic.twitter.com/AkI49Rz4Ry