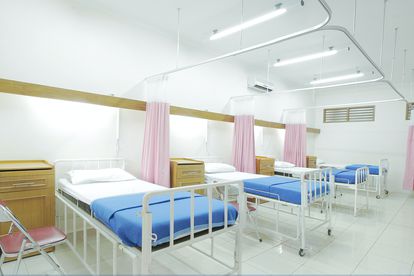 A police officer in Cape Town has died after being shot and wounded in a hospital.

The Western Cape Government had previously said that a man who was ready to be discharged at New Somerset Hospital grabbed a police officer’s firearm and started shooting. The police officer had reportedly taken a 35-year-old suspect to the hospital for a medical check up.

The suspect shot two patients who were in his proximity, killing them instantly. He also shot the officer in the head.

After visiting the New Somerset Hospital, the Western Cape Health MEC Nomafrench Mbombo confirmed that the officer underwent sugery on Saturday, 7 May 2022, and sadly succumbed to a gunshot wound to the head overnight.

“The patients are undergoing counselling… This happened when there was a handover. The day staff coming in and the night staff coming out. That is how things are at this stage. With regards to whether there were any psych patients, no. They were all surgical patients. The one who was the shooter underwent some minor operation,” Mbombo said to media.

Western Cape Premier Alan Winde had previously expressed his shock at the incident and sent condolences to the families of the deceased. In addition, Winde said he hoped the incident would be fully investigated.

“My deepest condolences go out to the families of the victims of this senseless act. My thoughts and heart are also with the wounded officer and his family, who I desperately hope pulls through this tragic night,” he said in part.