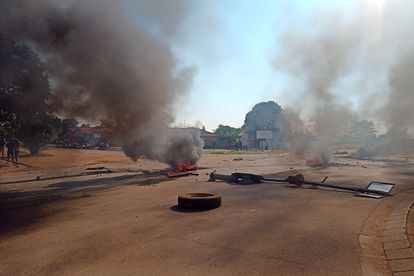 We need to talk about North West: The province is in disarray, and findings from the Auditor-General’s recent report have laid bare the sheer scale of poor governance and corruption in the region. Nine municipalities are ‘unable to function’, with critics arguing that they resemble ‘a failed state’.

The province itself has almost one million people of working age excluded from employment. Rampant joblessness has crippled the local economy. Or at least, what’s left of it. Irregular expenditure in North West has topped R4 BILLION, owing to its lack of capable political leaders.

ALSO READ: ‘Financial horror story’: Is THIS the worst-run municipality in SA?

What are the worst-run municipalities in North West?

ZERO municipalities achieved a clean audit this time around. Not a single one. Eight municipalities did not even qualify for a legal opinion, given the state of their financial records. What’s more, the nine municipalities deemed ‘non-functional’ include two of North West’s biggest cities:

Municipalities crippled, due to ‘destructive governance’

Freddy Sonakile is a DA spokesperson for the North West. According to the regional representative, the recently-formed ANC council is holding back the reforms needed to help the province rescue itself. Sonakile was also left horrified by the ‘failed state’ comparisons:

“The state of municipalities throughout the province resembles a failed state, as evidenced by the independent consolidated audit outcomes for local government for the financial year 2020-21 released by the Auditor-General (AG) late last week.”

Not a single municipality in North West obtained a clean audit. The AG identified nine municipalities unable to function as a going concern. Furthermore, the newly established ANC-governed council are already being placed under Section 139 administration.”

Should the destructive governance of the ANC continue, the people will find themselves in an increasingly desperate situation. The collapse in governance and service delivery further adds to the misery caused by the economic decline.”