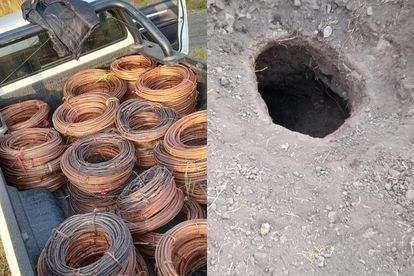 Two dozen suspects were arrested by the North West police and a private security company for tampering with and damaging essential infrastructure on Monday, 21 June.

According to the report, the security officers spotted a double cab bakkie turning onto a road near a ventilation shaft near a townhouse complex.

“Subsequently, a group of men was seen running in the bushes while firing shots in the direction of the security personnel who called for backup from the police,” said Mokgwabone.

Eventually, a number of alleged copper thieves were nabbed in the bushes and a hole next to the ventilation shaft. Copper cables worth approximately R750 000 were seized at the scene.

The suspects – aged between 18 and 45 – are expected to appear before the Rustenberg Magistrate’s Court on Wednesday, 22 June on the aforementioned charges.

Lieutenant-General Sello Kwena, the provincial police commissioner, applauded the private security guards and SAPS for the collaboration that led to the arrests.

The investigation into the matter continues.