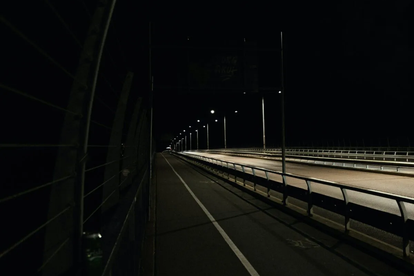 A male motorist has been left with moderate injuries following an alleged spiking incident on the N1 national highway near Hamanskraal in Gauteng on Monday night.

Emer-G-Med paramedics spokesperson Kyle Van Reenen said in a statement that paramedics had responded to the scene the incident where they found the man seated in his vehicle with a gunshot wound to his leg.

“He was treated and stabilised on scene before being taken to a nearby hospital for further care,”    van Reenen said.

Van Reenen said that the motorist had been was forced to stop on the N1 highway after his tyres blew out from an object that was lying in the roadway.

“Once the vehicle had stopped he was approached by an unknown number of suspects who robbed and shot him.  The South African Police Services were in attendance and will be conducting the necessary investigations accordingly, “ Van Reenen said.

Road spiking robberies have increased in Gauteng province in recent months with at least three similar incidents reported near Tshwane in recent weeks. Police earlier wanted motorists using the N1 and R101 between Polokwane and Kranskop Toll Plaza to be vigilant as criminals were placing spikes on the road, with the intention of robbing them.   The recent three  incidents took place in the Mokopane policing precinct from 21 August to 22 August 2021.

“Sharp objects are reportedly placed by the criminals on the road, resulting in motorists experiencing punctures and being forced to stop to change tyres. The victims are then robbed of their belongings at gunpoint.”

Mojapelo told Times Live that three cases of armed robbery had been opened when motorists and passengers were attacked and robbed on the N1 and R101 between 21 and 22 August. The publication reported that one of the incidents took place along the R101 when the victim’s vehicle got a puncture as a result of the spikes. While changing the tyre, three suspects appeared, fired shots and then forced the victim and his wife into to the bushes and robbed them of cellphones and bank cards.