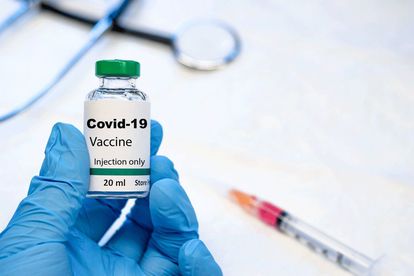 A 14-year-old pupil from the Eastern Cape might have to have her arm amputated after allegedly receiving the COVID-19 vaccine. According to SABC News, Yamkela Seplan, who attends Tina Falls Primary School in Qumbu,  got an infection and developed a huge lump on the upper arm.

DID SCHOOL FORCE LEARNER TO GET JABBED?

The public broadcaster reports that Seplan’s arm has been swelling up since last year and was even forced to drop out of school due to her condition. She claims her parents had refused to give the nod for her to receive the vaccine, but she ended up getting the jab anyway as the school had threatened to not allow pupils entry.

“On the vaccination day, we were instructed to go and bring our parents. I went out and called my mother but she refused to come and sign so that I could be vaccinated. After we were threatened that those who had not vaccinated would not get the school, I then vaccinated. After vaccination I developed a small lump in February last year and in December it became worse. I had to quit schooling,” Yamkela said.

Yamkela’s mother says she was taken to Nelson Mandela Academic Hospital and later to BedFord Orthopeadic hospital in the Eastern Cape to treat her arm, but blames the former for negligence.

“We went to the hospital and we were told to go back because it was a Good Friday weekend. There are no doctors that will check her. So we should go home. We came back to Nelson Mandela Academic hospital, but we were referred to Bedford Orthopedic. Surprisingly the doctors at Mandela Academic did not write the report. We were told that they did not check the medical condition of the child. We were disappointed because this should have been detected early if what was the main reason after she was injected by the department,” Nombuyekezo Seplan told SABC News.

During the peak of the COVID-19 pandemic, government had the tough task of addressing anti-vaccine sentiment and vaccine hesitancy amongst South Africans, both which were fuelled by misinformation. So far, just over 19 million people in the country have been fully vaccinated.