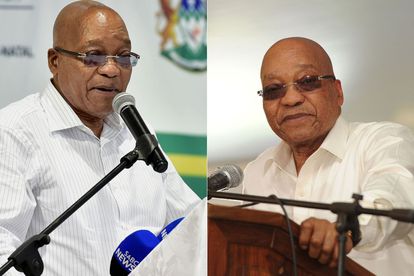 Judgement has been reserved in the medical parole case of former president Jacob Zuma.

The Supreme Court of Appeal (SCA) in Bloemfontein made the decision on Monday, 15 August. This follows Advocate Dali Mpofu informing the court that Arthur Fraser granted JZ medical parole within the parameters of SA law.

Zuma and the Correctional Services Department were presenting their arguments in an attempt to overturn a High Court judgement that declared his medical parole release was unlawful.

SABC News reports that SCA justices emphasised the need to understand how Fraser assessed the medical reports before deciding to release the former president.

When and how was Zuma released on medical parole?

The Foundation took to Twitter to share a post regarding an article that explained how Duduzile Zuma’s name appeared in the Hawks’ investigation into the riots.

“The Foundation is concerned that the persecution of H.E Prez Zuma is now being extended to his children. How could poor people without smartphones, data and probably not even on Twitter or literate be said to have been influenced through Twitter? Madness!” read the tweet. Read the full story here.