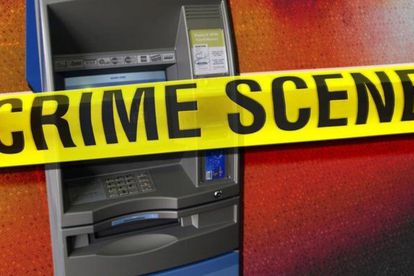 One person is on the run after three of his accomplices allegedly involved in an ATM bombing in Orangeville were arrested.

The alleged ATM bombing took place in the early hours of Friday 13 May around 02:03.

ALLEGED ATM BOMBERS NOT SO DISCREET

While a member was passing near a house in Metsimaholo, a member from the Oranjeville SAPS Client Service Centre (CSC) noticed that an ATM has been bombed.

“He immediately conducted an investigation. He received information from a community member who alleged that he saw three unknown males at about 02:03, bombing the ATM.

The community member said the alleged ATM bombers fled the scene on foot taking the direction of Zonke Section in Oranjeville,”

The member mobilized different units in the District who swiftly responded to the information.

Heading back to the police station, members came across a suspicious vehicle driving at high speed on the R716 towards Deneysville.

POLICE IN HIGH-SPEED CHASE WITH THE SUSPECTS

The units made a U-turn and chased the vehicle up until between Phomolong and Refengkgotso.

The four alleged ATM bombers jumped out of the vehicle and subsequently, members managed to arrest three and one managed to escape.

“The trio had blue ink stains on their clothes and hands. They are aged between 34 and 23,”

Police preliminary investigations revealed that a commercial explosive had been used to bomb the ATM and an undisclosed amount of cash was taken.

The trio will appear before Sasolburg Magistrates’ Court on Monday, 16 May  2022.

Fezile Dabi District Commissioner, Major General Moses Makubo applauded the members and community for the quick activation in order to ensure that the perpetrators are arrested.

Meanwhile, in Zamdela, police detectives are on the lookout for ATM bombers in connection with an ATM bombing at Thamzi’s Chesa Nyama, Harry Gwala Section.

Around 04:30 on Thursday morning, a member of Zamelda SAPS was patrolling around Harry Gwala area when he noticed that an ATM has been bombed.

“Preliminary investigation suggests that a commercial explosive might have been utilized to bomb the ATM and an undisclosed amount of cash was taken,”

Police are investigating a case of ATM bombing and malicious damage to property. No one has been arrested thus far.

Should you have any information that may help the police contact Detective Sergeant Tauru Majoe on 071 094 0570 or Crime Stop on 08600 10111 or submit information on the My SAPS App.

ALSO READ: Police: Lucky escape – bystanders get away after ATM bombers open fire on them