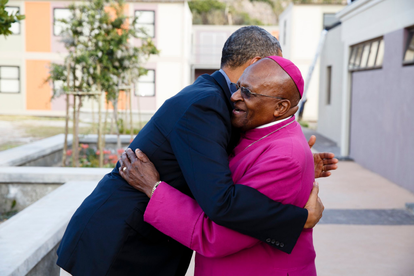 Taking to his official social media account the ex-president lamented Tutu’s death in a touching tribute.

Obama dubbed Tutu as a friend and a moral compass, lauding his dedication in his lengthy fight against injustice.

“Archbishop Desmond Tutu was a mentor, a friend, and a moral compass for me and so many others. A universal spirit, Archbishop Tutu was grounded in the struggle for liberation and justice in his own country, but also concerned with injustice everywhere.”

Obama also took a moment to remember Desmond Tutu’s infamous sense of humour. Indeed, it seems as if even the US political titan has a soft spot for the late icon. Obama says that both himself and his wife, Michelle, will miss Tutu dearly.

“He never lost his impish sense of humor and willingness to find humanity in his adversaries, and Michelle and I will miss him dearly.”

The Dalai Lama is another person who will carry fond memories of the Archbishop. The pair shared a relationship that was extremely amusing to witness.

Despite being icons of two different faiths, the two leaders had a bond that the Dalai Lama acknowledges.

In a statement released by the Dalai Lama following Tutu’s death, the spiritual leader touched on this friendship.