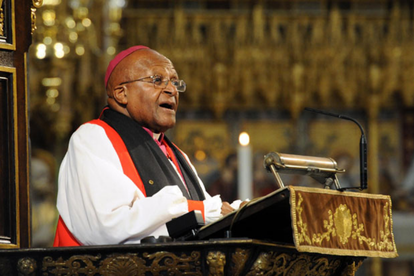 The Desmond and Leah Tutu Legacy Foundation has lamented the passing of the Archbishop on Sunday. In an official statement following Tutu’s death in Cape Town, aged 90, the foundation commented on his legacy.

“Tutu was a living embodiment of faith in action, speaking boldly against racism, injustice, corruption, and  oppression, not just in apartheid South Africa but wherever in the world he saw wrongdoing, especially when it  impacted the most vulnerable and voiceless in society.”

The Foundation remembered Tutu’s courage despite immense resistance during apartheid.

“In spite  of consistent smears and vicious intimidation by the apartheid regime, he refused to be cowed. Whether from  the pulpit or in the streets, on trial or confronting cabinet ministers in the Union Buildings, he spoke with a fierce  moral and spiritual authority that faced down his adversaries and slowly won their grudging respect.”

Foundation on Truth and Reconciliation Commission

Commenting on one of the more controversial moments in the Archbishop’s life, the Foundation discussed the Truth and Reconciliation Commission.

“With the freeing of Nelson Mandela and other leaders, the unbanning of political movements, the return of the  exiles, South Africa’s first non-racial democratic elections, to move the country towards healing, President  Mandela asked Tutu to guide the delicate but often controversial work of the Truth and Reconciliation  Commission. Presiding over months of agonising testimony and horrifying revelations, he became ‘chief pastor’  to South Africa’s painful transition and many who had dismissed him as a ‘rabble-rouser’ were moved by his  deeply compassionate response to apartheid’s victims and even those of their torturers who showed remorse.”

In conclusion, the Foundation extended its condolences to Tutu’s family upon his death.

“We, at the Desmond and Leah Tutu Legacy Foundation, mourn his passing and extend deep sympathy to Mrs  Nomalizo Leah Tutu, siblings Trevor Thamsanqa Tutu, Naomi Nontombi Tutu, Theresa Thandeka Tutu, Mpho  Tutu van Furth and their families. We commit ourselves to continue telling the story and emulating the example  of this son of Africa who became an inspiring sign of peace, hope and justice across the world.”