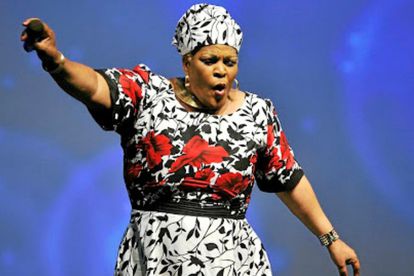 Tributes have poured in for legendary gospel singer Deborah Fraser who passed away on Sunday 15 May following a short illness. Image via Twitter @jozifm

Tributes have poured in for legendary gospel singer Deborah Fraser who passed away on Sunday 15 May following a short illness. Image via Twitter @jozifm

The ANC has joined the chorus of those grief-striken following the death of renowned Gospel singer Deborah Fraser.

The Durban-born singer had sold millions of records during her music career and had released over 10 albums before her passing. She released her latest project, a five-track EP titled The Gospel of Deborah Fraser, in December 2021. In November 2021, the 57-year-old singer was awarded an honorary doctorate by Trinity International Bible University in Ghana.

The ANC says Fraser was a loyal party supporter.

“Mama Deborah Fraser was an activist in her own right and a loyal supporter of the movement. She performed at our events without any hesitation, using her melodious voice to re-energize our support base. Her hit-song “MINA NGOHLALA NGINJE” became our electioneering anthem and still enjoys air play during our events,” said ANC spokesperson Pule Mabe.

Mabe has expressed the party’s condolences to Fraser’s family and friends.

We deep our revolutionary banner in honour of this great daughter of the soil. The ANC extends deepest condolences to the family, friends, colleagues and fans of Mama Deborah Fraser. May they find solace in knowing that their grief is shared by the entire nation and further afield.