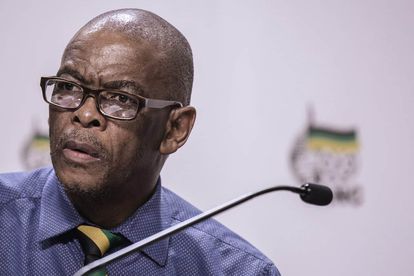 Suspended ANC secretary general Ace Magashule’s former personal assistant Moroadi Cholota says she was never informed about being a state witness in the multimillion rand asbestos case and has further accused both the FBI and Hawks of trying to get her to incriminate herself, Sunday Times reports.

Cholota, who is current studying in the US, was grilled by FBI officials for a period of two days. A warrant of arrest has been issued for Cholota here in South Africa. The state revealed in the High Court in Bloemfontein that she is no longer a state witness and has been added onto the list of suspects. Now officials are in the process of bringing her back to South Africa to face trial.

Magashule and at least 15 other co-accused face charges of corruption racketeering and money laundering – in relation to a lucrative asbestos tender that was found to be unlawfully awarded when he was still Free State premier.

Further talking about her interrogation, Moroadi Cholota says the FBI refused to allow her to contact her lawyer and told her they would give her a day to think about her responses to them. It isn’t clear if this is in relation to her alleged role in the R255 million contract asbestos contract, which involves her ex-boss Ace Magashule, as she claims this had nothing to do with her testimony at the State Capture Commission.

“Their decision to intimidate me, threaten and then promptly charge me without reason or grounds to is the most blatantly egregious contravention of my constitutional rights and other rights both as a witness and citizen of SA,” she said.

Here’s how Ace Magashule fits into this scandal: At the time, he was still the province’s premier – he is alleged to have condoned and accepted a number of gratifications on behalf of others from Ignatius “Igo” Mpambani, the late owner of Diamond Hill Trading, one of the two companies that were irregularly rewarded the contract. The payments total over R1 million, including R300 000 for tablets and R53 000 towards the tuition fees for the daughter of an acting judge.