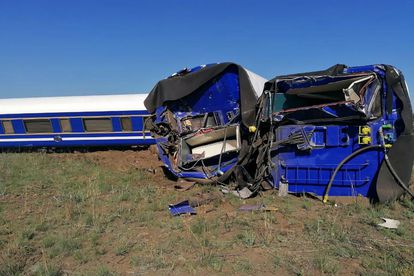 The famous luxurious Blue Train derailed during the early hours of Sunday morning at the Union Station Loop in Germiston.

NO PASSENGERS WERE ON BOARD

According to Transnet Freight Rail’s (TFR) spokesperson Sibu Majozi, the accident happened at 00:35 when 19 empty coaches of one of the Blue Trains derailed.

“This was a staged (unmanned) train with no passengers on board. No injuries were reported on site.

“TFR will investigate the cause of the derailment and apply remedial action where necessary.

“At this stage, although Blue Train services are impacted, there will be no cancellations. There is no effect on TFR’s freight operations.”

Majozi said further updates would be provided in due course.

ALSO READ: SA’s Blue Train named one of the ‘most luxurious train services’ in the world

WHAT DID SA SAY ABOUT THE DERAILMENT?

South Africans were not happy about the news of the derailment. Some were saying the derailment was due to incompetence, mismanagement, and lack of sufficient maintenance.

Earlier this year, the Blue Train caused excitement when it announced it was resuming its full operations after a temporary shutdown due to the COVID-19 second-wave alert in December 2020 and a partial offering in January 2021.

WHY ALL THE FUSS ABOUT THE BLUE TRAIN, YOU ASK?

It was recently named one of the ‘most luxurious train services’ in the world.

The Blue Train combines the luxury of the world’s leading hotels with the charm of train travel, and this makes for an unrivaled experience.

The train has two routes: The first of which travels some of the country’s most spectacular scenery between Pretoria and Cape Town, and the second travels to South Africa’s Limpopo province, which is home to the world-renowned Kruger National Park.