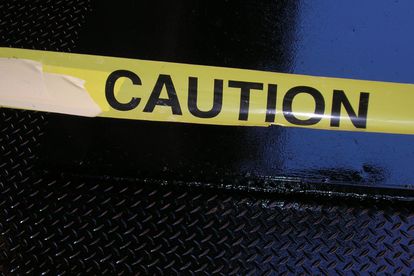 Five people were killed in an accident along the N4 Highway in Mpumalanga. Photo: vikkistravels / Flickr

Five people were killed in an accident along the N4 Highway in Mpumalanga. Photo: vikkistravels / Flickr

Five people were killed in a multi-vehicle accident along the N4 Highway near Ngodwana, Mpumalanga on Thursday morning, 11 August. One of the victims is believed to be a 12-year-old girl.

According to paramedic service ER24, first responders arrived at the accident scene at approximately 6:32 on Thursday and found the car lying on its side in the middle of the road. The truck and bakkie were parked nearby.

As they approached the wrecked car, medics spotted four people lying around the vehicle. A man was also trapped inside.

Medics assessed the patients and found that three women, including a 12-year-old girl, and two men had succumbed to their “numerous” injuries. ER24 said nothing could be done for them and they were declared dead at the scene.

The bakkie driver sustained minor injuries in the crash and was treated at the scene before being transported to a nearby hospital by the Mpumalanga EMS. “Local authorities were on the scene for further investigations,” said ER24.

In an unrelated incident in KwaZulu-Natal (KZN), a man in his forties was found dead inside a vehicle submerged in a Westville swimming pool on Wednesday. It is unclear how long the vehicle was in the water. Neighbours reportedly heard a noise around 00:30 but saw nothing.