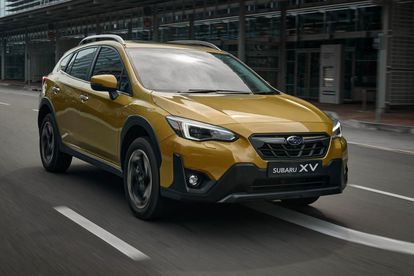 Four years after it was introduced to the South African market, the second-generation Subaru XV has finally been updated.  Its looks have definitely been refreshed, but there’s also a noticeable bump in the specification that you can’t spot from the outside.

The most obvious revision is that there are two new colours for the Subaru XV that replace older variants. Subaru’s sunshine orange and quartz blue pearl have been given the boot in favour of plasma yellow pearl and horizon blue pearl.

Look a little closer and you’ll also notice that the grill has been enhanced with added trim and more detailing about the fog lamps, and there are also new 17- and 18-inch allow wheel options.

Powertrain the same, but XV also has SI-Drive

Subaru’s tried-and-tested normally aspirated 2.0-litre flat-four does service under the XV bonnet. Its 115 kW and 196 N.m of torque are sent to all four corners via a continuously variable transmission with a seven-step manual function and Subaru’s famed symmetrical all-wheel drive.

Although nobody really expects the XV to be the most dynamic crossover, its on-road agility has been boosted by way of revised spring rates for quicker steering response and the addition of Subaru Intelligent Drive (SI-Drive). The SI-Drive allows the driver to switch between pre-mapped ECU modes that tell the engine and transmission how to respond to throttle inputs, like more response in S for sport and more fuel efficiency in I for intelligent.

All the bells and whistles

The big news is the addition of a front view monitor, with a camera integrated into the grille to make it easier for drivers to edge closer into parking bays or even to judge off-road conditions. The monitor joins other Subaru Vision Assist technologies like blind spot monitor, land change assist and rear cross traffic alert.

Infotainment is taken care of by an 8-inch touchscreen with Apple CarPlay and Android Auto with voice command function and four USB ports for connectivity front and rear. The update also sees the addition of a memory function for the driver’s seat.

“These updates to the XV compact SUV enhance what was already a highly competent vehicle. Now safer, more comfortable and with added tech and colours, the XV truly embodies the themes of fun and adventure.”

Springboks likely to end the year FOURTH in world rankings

‘No less than R50k’: Mel Viljoen reacts to Kiki ‘asking for money’