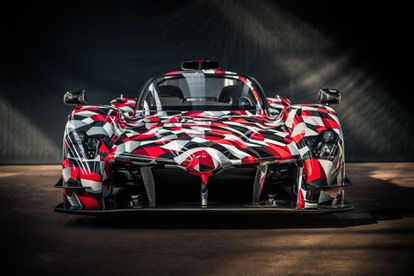 There could be more going on under the Super Sport’s engine cover than we know. Image: Netcarshow.

There could be more going on under the Super Sport’s engine cover than we know. Image: Netcarshow.

There’s a lot of hype around the GR Super Sport, the first real Toyota supercar in the company’s storied history. While we know it’s being developed with the new Le Mans Hypercar of the World Endurance Championship (WEC) regulations in mind, we don’t know exactly how much power it will be packing.

According to the automotive scribes at Autocar, the Super Sport could have in the region of 735 kW. That’s significantly more than the WEC’s current LMH cap of 499 kW. Although the Super Sport will be presented as the road-legal sister car to the current GR010 LMH racecar, it will be closer in specification to the older TS050 Hybrid – a much more potent racecar and last year’s WEC season champion.

How will the Super Sport match the TS050’s outputs?

The secret lies in a 2.4-litre twin-turbocharged direct-injection V6, supplemented by what Autocar calls a Toyota Racing System hybrid. This will probably be dual electric motors driving the front wheels while the V6 is tasked with sending drive to the rear axle. Basically three motors. This is very similar to the TS050’s setup.

So even though the current racecar’s 3.5-litre engine is almost a litre up in terms of capacity, it still only uses a single electric engine that has to divide its power between wheels.

What of this Toyota V8 patent that was unearthed recently?

The relaxation of the LMH regulations means that automakers don’t have to follow strict homologation rules in order to compete in the top tier of the WEC, and that’s opened a can of worms in the rumour mill. This is because the Super Sport’s rivals like the AMG One will boast outputs that easily exceed the 1 000 hp (745 kW) mark.

Some sleuthing done at AutoBlog has revealed that Toyota filed a patent for a minor part that separates lubricating oil from exhaust gas. The oil would be used in a turbocharger. In this case, not one but two. And the pair of turbos are nestled between the banks of a V8 engine.

It could very likely be an engine for Toyota’s heavy-duty bakkies not available here, like the Tundra, but we’re hoping that it’s one last internal combustion hurrah from a company that has made some of the most iconic sports cars and is about on its first-ever supercar.

They’ll make you dance for one…

The GR line-up currently consists of the GR Yaris, GR 86, and GR Supra. While you might be able to snap up one of those by ordering it at a dealership, it’s a very different story with the Super Sport. Toyota and Gazoo Racing want to make sure that the right type of client will be buying one, and to determine this you’ll first have to fill out a questionnaire.