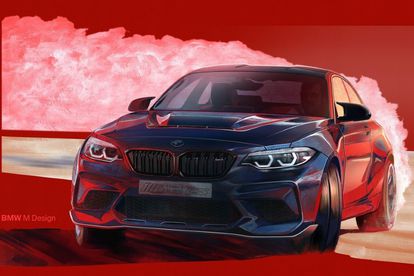 What better way to celebrate a milestone than do something big? For a brand like BMW M, widely regarded among enthusiasts as producing some of the best driving machines known to man, that could mean a real commitment to our shared electric motoring future in the form of the iM2.

According to UK publication Car magazine, it’s all true. If their report is to be believed, then that means a restyled and rebadged M2. The simply named iM2 will follow in the tradition of BMW’s i3 city slicker hatchback and the i8 coupe. Apparently, the internal codename for this model at BMW is Project Katharina.

Given the way manufacturers are starting to commit to alternative powertrains, the iM2 should really not come as a surprise, but the numbers might leave your jaw on the floor. That’s because it’s been reported that the iM2 will boast one electric motor per wheel and a total output of 1 000 kW.

Unnamed sources at BMW told Car that the iM2 can scrabble to 100 km/h from rest in the sub 2.5 second bracket, lap the Nurburgring Nordschleife in less than 7 minutes, and light up the rear tyres by mashing the throttle at freeway speed.