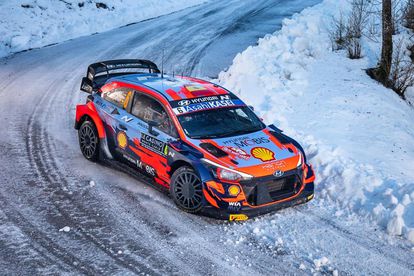 Two-time manufacturers champion Hyundai Motorsport has confirmed its commitment to rallying’s top tier by keeping Neuville, who made his WRC debut with Hyundai in 2014 and was instrumental in the team’s success over the last seven years. His development contribution has turned the i20 WRC into the title contender it is today.

Tanak joined the Hyundai Motorsport team for the 2020 season as the 2019 World Rally Champion and secured a second consecutive Manufacturer’s title for the outfit. The Estonian scored a win at home and managed three second-step finishes in 2020, which was just seven events long thanks to the COVID-19 pandemic.

“It was my intention to continue the adventure in the World Rally Championship with Hyundai Motorsport and I’m happy to sign a multi-year contract with the team, which became my second family. Besides the fact that I feel really at home with them, their determination and target for victory convinced me to pursue the fantastic journey we started together more than seven years ago.”

Thierry Neuville, after signing a multi-year deal with Hyundai Motorsport

The signings should make the development process for the next WRC season are lot smoother, as the regulations for 2022 change to include hybrid powertrains, less complex suspension systems, five-speed transmissions without an active centre differential.

Read: The 2022 WRC regulations so far

“We are entering a new era of WRC, as we are switching to the hybrid regulations and this means everyone will start from a blank page. Hyundai Motorsport has huge knowledge and experience of hybrid and electric technologies which will play a big role when we develop the new Rally1 car. I look forward to the new WRC era, but we have still a job to do this year – making sure we send off the current generation of WRC cars in the best possible way.”

According to Hyundai Motorsport Team principal Andrea Adamo, testing and development of the new i20 Rally1 WRC car will commence imminently. The team will have to manage that in-between rounds of the 2021 WRC season, which continues on 20 May with Rally Portugal.

Jollof rice: How to make this special African dish [video]