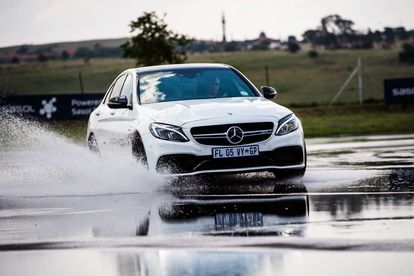 There are way more than 10, of course, but these are right at the top if you consider yourself a petrolhead. You can edit some of these to suit your tastes and budget, but each of these will unleash some adrenaline, further ignite your passion and open your mind to the possibilities of motoring.

10 things you should do to call yourself a petrolhead

If you can’t drive one, riding shotgun is an option. Like it or not, the electric cars are coming, but more than that, electric sports cars are imminent. Actually they’re here — in South Africa.

I have had the privilege of riding shotgun in a Porsche Taycan for a very brief period of time and I can tell you, my view of speed and power has completely changed. And this is coming from someone who has driven every manner of no-nonsense supercar under the sun, including race cars and yes, even a V10-thundered F1 car. The electric car will obliterate all of them… silently. Get used to it.

Notice the plural — I said “courses”. In South Africa, there are still a number of advanced courses available. Do them all. Do the front-wheel drive options, the rear-wheel drive options and yes the all-wheel drive courses too. These are offered at race tracks, by experienced instructors in the latest and fastest cars. Yes, you pay for them but it’s a nominal cost in comparison to doing it yourself.

Advanced driving courses are loads of fun but more importantly, they teach you things you don’t know about cars. They also teach you that things you think you know, are actually not true… like what type of driver you are. As petrolheads, we need to champion car safety and car control. Advanced driving courses will help with that while fuelling your appetite for screeching tyres and on-the-limit cornering.

Where you go is up to you. The costs vary greatly but make a date, save the money and just do it. These modern day hybrid cars are not as loud as the famed V12s, V10s or V8s of the past. But they’re a marvel of engineering, still very loud and the TV screen just doesn’t portray the mesmerising speed, the buzzing atmosphere and unmistakeable smells that racing brings.

As a bonus — nowadays, you’ll get quite close to the cars and even possibly get to see or meet the drivers close-up. Such is the “access” that F1 continues to try and give.

If I had to suggest some races for South Africans, here are a few options: Interlagos, Brazil — because the Brazilian fans bring the noise and culture and because Brazil never delivers a boring race. Monza — to see the incredible Italian passion for the Ferrari team and F1. Monaco — because there’s no other place in the world like Monaco during F1 weekend.

Look at everything I’ve said about F1 and completely ignore it. Attending a WRC rally is one of the most insane yet brilliant things you can do. You’ll see cars with unmatched performance abilities in their given environments. You’ll get closer to the action than at any other high speed racing event and you’ll totally feel the rush of speed as those cars fly (sometimes literally) past you.

Only then, will you truly appreciate the guts and skills of a master rally driver. You will get dirty. You will get pushed around. You will yelp for joy every time a car flies by.

The 2020 rally season has also been hit by the pandemic but it picks up speed again in September.

South Africa is renowned for great driving roads. There are plenty from which to choose, but every petrolhead must unleash a great car on a great mountain pass.

Franschhoek Pass is one of the most magnificent. It’s a seriously beautiful road with stunning vistas and lookout spots but it’s also a sweeping mix of asphalt twists and hairpins like you can’t believe. From Franschhoek to the Theewaterskloof Dam, you’ll be so fully focused on the road that you may miss the scenery on either side of you.

Which is why you’d need to do it again. And again.

Where Franschoek Pass must ideally be from the helm of something sporty, Sani Pass will not be negotiated in anything other than a 4×4 or a very good 4×2 on a good day.

Sani Pass is one of those roads from which you’ll never quite know what you’ll get. The weather, the rock falls and the car you’re in make all the difference.

But it really does serve up spectacular views of the Drakensberg, mostly in quite a dramatic fashion. It will test your mettle, your metal but ultimately live up to its iconic status as one of our most interesting roads. At its summit, just under 3,000 metres above sea level, you could also stop for a drink at Africa’s highest pub.

Go on an unplanned roadtrip

Pack the car, draw a little cash, pick a direction and go.

Unplanned doesn’t mean totally unplanned — maybe have the final destination in mind but be flexible in how you get there. Using a GPS or an old-school map will help you navigate for those times you get lost, but that’s the point — be prepared to get lost and find new roads. Stop in small towns, check in to small hotels and have a drink at small pubs before heading off on the next leg of the journey.

Here’s what you’ll discover — friendly people, eclectic hospitality and a real reliance and enjoyment of the car that gets you there and back. Reliability is key.

Not all petrolheads need to be all-out mechanics but there must be at least one project car in your life.

It’s the car you transform, whether through your own hands or those of someone you have paid to help. It’s the classic car you restore, or the small Golf that you reveal to be a sleeper.

Whatever it is, shop the car from your aunt or uncle or some old garage sale and then spend months or years taking it apart and building it back up to something extraordinary. It will cost you a packet, and the journey will be a story of highs and lows but you’ll absolutely love it at the end.

Head to The ‘ring

The Nürburgring is said to be one of the hardest tracks in the world.

The 20.832 km Nordschleife is where most car companies test out their performance products, a true test of speed and agility. It’s also where droves of petrolheads and amateur race drivers congregate sometimes with catastrophic results. But there are many companies that will book you some time at the ring in a relatively safe and fast set of wheels. So if you’re half decent behind the wheel…

Attend the Goodwood Festival of Speed

Every year at the Goodwood House in Sussex England, a popular motoring festival takes place.

It’s all quite English but I’m not sure of any other place in the world where petrolheads will get to see the very best cars from every era of motoring. From historical race cars to the brand newest creations from the world’s biggest car names, Goodwood is where they’ll appear. But unlike motor shows where the cars are behind stanchions and only move on a rotating stand, at Goodwood, the cars are actually racing. Goodwood features the hill climb, a 1.86-kilometre stretch that shows these stunning cars at the best, just a few metres away from you.

And if the cars aren’t enough, the people you’ll see and meet certainly will be. The who’s who of racing and automotive will also be there enjoying the day.