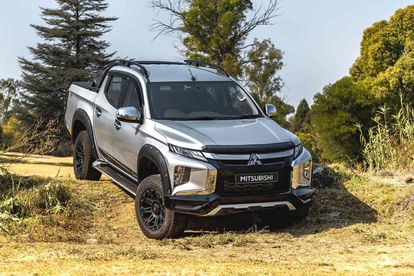 While not providing market share specifics, Mitsubishi said on Monday 6 July 2020 it had managed to increase its market share during June despite a weak new vehicle market and restrictive trading conditions brought on by the COVID-19 pandemic.

MMSA’s three primary take-aways for the June trading month included customers’ positive reaction to the reopening of dealerships, its increase in market share and that its Zero Deposit deals had not only proved successful, but will now be extended.

“This came in a very tough market showing outstanding brand loyalty, and we have decided to continue the Zero Deposit offer into July,” he said.

Pointing to another success, that of the company’s launch of the Triton Xtreme in June, Campbell said the model was aimed at owners with an extreme lifestyle, and that with no deposit, the small premium over the existing 4×4 Auto flagship was a massive success.

“The upgrades in the new Triton Xtreme, based on customer feedback, are valued at over R100 000, but the new model includes everything at a premium of only R40 000 compared to the previous model.

“The new derivative is extreme on all levels, especially looks that show its owner follows an extreme lifestyle and is not shy about it. From the outside, the new Xtreme will be turning heads at a distance thanks to its visual improvements all over,” said the general manager.

Delving deeper into MMSA’s June sales results, Campbell said the brand had improved its market share in a shrinking market in June after the restart – in spite of a limited work force.

“Customers were asked to only go to the dealership if really necessary and a limit was placed on the amount of people allowed to visit the premises.

“According to the National Association of Automobile Manufacturers of South Africa (Naamsa), new vehicle market sales continued to remain under severe pressure, although markedly up from the previous two months.”

“MMSA sales of 135 new units last month were part of the 31 867 new vehicles sold in June 2020 that show a 30% decline compared to the 45 953 sales in June last year, when MMSA sold 171 new vehicles. However, in comparison, MMSA managed to increase its market share in the declining market,” Campbell revealed.

With reference to the pandemic, safety, according to the manager, remains a primary concern not only for the company’s customers and the occupants of its vehicles, but also for its staff.

To this end, MMSA is implementing all essential measures, not only on the sales floor, but in workshops too.
“We are maintaining high levels of dealer and workshop awareness after the reopening of our dealerships in the middle of the national lockdown.”

“We have various operational and other guidelines to ensure the safety of everyone at our dealerships, including keeping safe distances and minimising time spent at the dealership.

“For instance, when a customer calls to make a service booking, we go out of our way to capture as much information as possible up front to shorten the time the customer spends at the dealership. We also use an online booking system and stagger bookings to alleviate congestion in the service reception, parts counters and waiting area,” explained Campbell.

He outlined a raft of other measures which range from complete sanitisation at its facilities every two hours, the installation of partitions and limiting customer waiting time, to extraordinary sanitisation of key contact points in vehicles.

“Key contact points in vehicles are sanitised with great care with the same staff member assigned to the same vehicle pre and post the service visit,” said Campbell, going on to list a host of contact points, each of which receive complete and regular sanitisation.

“We will also ask the customer’s consent to dispose of old parts and not hand it back after service to help avoid possible transfer,” concluded Campbell.