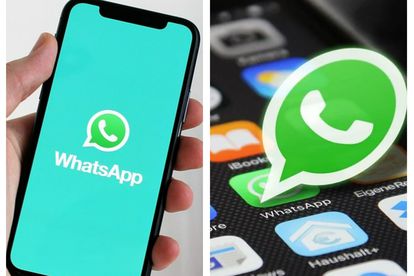 South Aficans have reported that they arent able to send messages using the platform. Images via Pixabay.

South Aficans have reported that they arent able to send messages using the platform. Images via Pixabay.

According to Business Insider, the service started to behave oddly on Tuesday morning, users across all South African mobile networks reported.

“Initially, users were seeing a single tick when attempting to send messages…Users were seeing the clock icon – indicating that messages were still being sent – and no messages appeared to be going through,” – said as per Business Insider.

The publication noted that the outage was affecting both person-to-person and group chats. The social media platform did not immediately confirm the outage, or provide other details.

According to Business Today, Downdetector, a website that tracks online outages across the globe, has shown a sharp spike in the number of users reporting WhatsApp’s outage.

In South Africa, 14 024 users reported the outage with 74 percent of people having reported that they were having problems sending messages.

On the Downdetector live map, Johannesburg, Pretoria, Vereeniging, Durban and Cape Town were the cities that users reported the outage the most.

‘I RESTARTED MY PHONE’ – TWEEPS REACT

Social media users have taken to Twitter to share their frustrations or rather their humour with the platform being down.

“Really got frustrated by WhatsApp before realising I have to go twitter to check what’sup #whatsappdown,” said @Monarch0fficial.

“Imagine not having Twitter…You’re probably refreshing your WhatsApp, switching your phone off/Data and on again to see if WhatsApp is working. You’re probably confused and frustrated. Askies 😬,” said @ThatChick__Gee.

“See me thinking it was my network work. I was already getting frustrated. I had to even make calls to know if it was just me not knowing WhatsApp was the one at fault🤦🏻‍♀️,”@favourite_jewel.

The platform is back online.