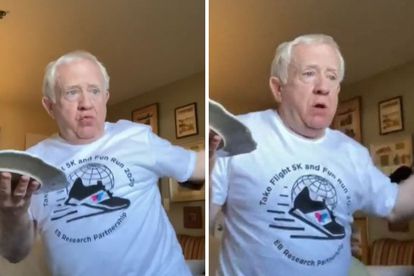 ‘I found a song spreading the love around the world’: These were the sweet words posted by the late actor Leslie Jordan who shared an endearing video of him dancing to the South African track Jerusalema, by Master KG.

Like many celebs including Cristiano Ronaldo and Janet Jackson, the pint-sized star was a big fan of the catchy tune, which blew up in 2020 amid the Covid-19 pandemic and strict lockdown.

The US actor died on Monday 24 October in a car crash. The 67-year-old was known for his roles on shows like Will & Grace, Hearts Afire, The Cool Kids, Call Me Kat, and American Horror Story.

In September 2020, South Africans were amused by Leslie Jordan’s entertaining version of the Jerusalema dance challenge.

Shimmying his shoulders, the star said in the clip as the song was heard playing in the background: “I just discovered a song that lets you eat and dance at the same time. Now that’s something I can do. It’s a song from South Africa. It puts you in a good mood, makes you want to practise your moves”.

At one point, Leslie Jordan stands up and shows off his fancy footwork too.

He shared in the caption: “Oh boy, I found a song spreading love around the world that has a dance associated with it. And, lets you eat food. It’s called Jerusalema and it’s from South Africa. I love it”.

And following his death, fans have revisted the post, sharing comments about what  the video means to them

Writepaw: “This song is all about spreading joy & love… and it represents Leslie Jordan”

Kanya_mpelane: “Just heard the news and I remembered this clip. Your infectious energy and joy will always live on”

Aldeciaandandrew: “Rest in perfect peace legend! You were a light to the world! Love from South Africa”

It read: “The love and light that Leslie Jordan shared will never go out and we invite you to share your memories and comfort each other during this time.

“In the coming days, we will be giving a glimpse of a project Leslie was really proud of and was looking forward to sharing with the world.”

They added in a press statement: “Not only was he a mega talent and joy to work with, but he provided an emotional sanctuary to the nation at one of its most difficult times.

“Knowing that he has left the world at the height of both his professional and personal life is the only solace one can have today.”

Leslie Jordan was known for his inspirational and heartfelt posts on social media.