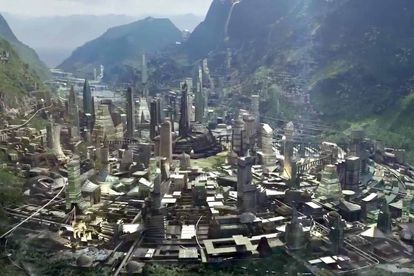 Wakanda is one of the most advanced countries in the MCU and its best-kept secret. Here are a few fun facts to take in before watching Black Panther on Saturday night.

Black Panther and the concept of Wakanda was first introduced in Captain America: Civil War when T’Challa storyline merged with Cap and Stark’s.

What played out in Civil Was was the groundwork for the standalone Black Panther film. It follows the newly crowned King T’Challa as he tries to save Wakanda from a fierce enemy.

Here is everything you need to know about Wakanda.

The African country, situated somewhere north of Tanzania, consisted of five tribes. In the distant past, a meteorite made of vibranium crashed into Wakanda, and a power struggle followed.

Vibranium affected nature, and it is thanks to the “heart-shaped herb” that Black Panther has his powers. It is also used to power the country’s impressive tech and scientific marvels.

Four of the tribes united under Wakanda’s first king but the Jabari separated themselves from the others and moved into the mountains to live according to the old ways. Their modern-day leader is M’baku.

Wakanda has it all. From flying cars and modern skyscrapers to T’Challa’s kinetic energy suit and impenetrable shields. Their innovative technology is more advanced than anywhere else in the world.

They split the atom a century before the rest of the world figured out how to do it. Oh, and remember Captain America’s impressive shield? Yeah, that came from Wakanda too.

Apart from the vibranium, Wakanda also has coal, diamonds, uranium and oil, the latter they never even extracted. Instead, Wakanda is known for its alternative energy resource, like solar and hydrogen.

The country has a formidable army, navy, and air guard. But the most impressive has to be the Dora Milaje, a group of female bodyguards serving as T’Challa’s personal guard. They are highly trained and deadly – think of a cross between a US Secret Service Agent and a Navy Seal. Only 10 times better.

They are fiercely loyal to Wakanda and their King. Fans will recall one of his guards said to Black Widow in Civil War: “Move, or you will be moved.”

Due to its natural resources and the mountain of the most durable substance on earth, the country is wealthy beyond belief. Nevertheless, it holds up a front that it’s an impoverished third world country.

Vibranium is traded in small amounts for thousands of dollars per gram. Thanks to that, Wakanda has an entirely free and highly advanced educational system, universal healthcare and modern city with towering skyscrapers.

#BlackPanther is NOW PLAYING. Get tickets [link in bio]