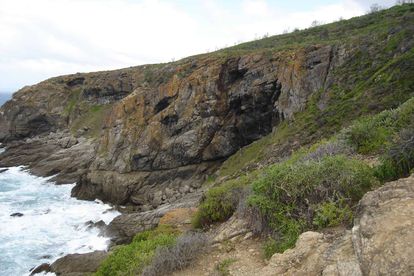 The eight-year-old boy who survived the Voëlklip tragedy last Thursday 21 January, reportedly told a passerby who arrived on the scene, that his mother allegedly drove off the cliff intentionally, killing herself and his two-year-old sister.

It was reported that the boy managed to get out before the car plunged off Voëlklip cliff in Herold’s Bay. Now, according to a report in the City Press, a grandfather from Herold’s Bay was headed towards the lookout point with his grandchildren when the terrified, bruised and bleeding child came running towards him.

The boy told him that his mother “did not want to live anymore” and had driven over the edge of the cliff and into the sea with his sister.

The grandfather assisted the boy and called emergency workers for help. The Western Cape Government Health’s Emergency Medical Services (EMS) responded to the tragic call and later managed to find the mother’s body. The two-year-old daughter is still missing.

“We’re in a bad time now and people are struggling,” said Kenneth Field of the Herold’s Bay Homeowners Association. “Unfortunately such incidents will happen a lot more.”

The Voëlklip lookout point may be a scenic stop for many visitors but has become notorious for tragic events over the last few years. It is referred to as the “hill of death” among locals, but Field says the road is not as “dangerous” as people claim.

Therefore, some suggest that these incidents happened due to people’s own “decisions” and driving.

“If you drive properly, you’ll always be safe,” Fields said further. “People need to take responsibility for their own actions.”

*Officials have not released an official report with regard to what exactly happened on this fateful day.

The South African previously reported that on average, almost 3,000 people die by suicide daily. For every person who completes a suicide, 20 or more may attempt to end their lives.

According to the SA government, the COVID-19 pandemic has proven to be an unprecedented time within modern history and have had a concerning impact on the mental health of a large portion of the world’s population.

In fact, researchers at the University of Oxford found a potentially frightening new link between COVID-19 and mental health issues.

“The study, published in The Lancet, found one in five people diagnosed with COVID-19 developed some form of mental illness 90 days after being diagnosed with the disease. The patients had not had mental health disorders before contracting the coronavirus.”

Where to Get Help

The South African Depression and Anxiety Group (Sadag) provides suicide prevention guidelines, which could help in recognising the warnings signs of suicide, as well as provide people with details on who to contact for help.