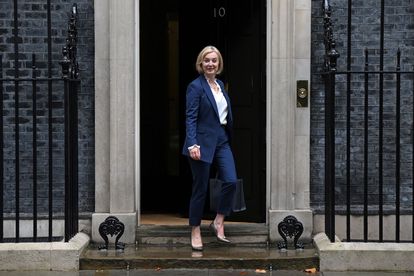 British Prime Minister Elizabeth Truss has been outed as a huge Taylor Swift fan following her commencement into office on the 6 September 2022. Image: Daniel LEAL / AFP

British Prime Minister Elizabeth Truss has been outed as a huge Taylor Swift fan following her commencement into office on the 6 September 2022. Image: Daniel LEAL / AFP

Who is Taylor Swift’s most influential fan? UK prime minister Elizabeth Truss is apparently a huge fan of the singer. The newly elected leader of the British government’s recent ascent to office has been marked with some seriously Swifty behaviour.

Truss raised eyebrows after a video of her quoting Swift during a public address in Parliament in 2020 went viral. The Swifty buzz follows her election into office this week. Then Minister for Women and Equalities Truss quoted Swift’s 2019 hit, The Man during a debate on International Women’s Day. “In the words of the brilliant Taylor Swift in her new song, women aren’t left ‘running as fast as they can, wondering if they’d get there quicker if they were a man,”she said.

In Swift we Truss

It turns out, a quick browse through Truss’s Instagram reveals that Truss has been a huge Swift fan for years. She has not been shy about it either. Here she is posing for a selfie with the Shake It Off singer in 2019.

Truss has referenced Swift’s lyrics on social media before the viral video first came out. Here she is being a certified Swift stan, referencing Switf’s iconic song, Look What You Made Me Do in December 2019.

The 47-year-old politician has been a member of the British cabinet since 2012 and has served as a minister under former Prime Ministers Theresa May and Boris Johnson. Before beating Rishi Sunak in the poll race, Truss was serving in government as foreign secretary.

Like the American pop singer, Truss has a thing for the colour red. She has often donned a signature red frock with a black or red belt, as can be seen in numerous posts on her Instagram.

Here she is again giving big Swifty energy in a stunning bodycon midi dress with a black belt arriving in Washington DC with then PM Boris Joshnson.

Also Read:Truss! UK ties unlikely to improve under it

And just in case you don’t believe us, here she in bright red again: