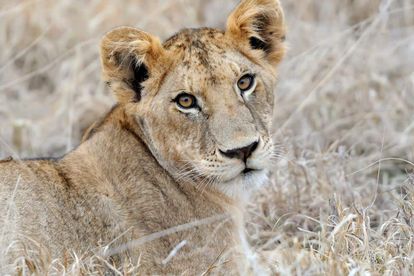 The lion population is dropping rapidly throughout Africa. A century ago, around 200 000 lions roamed the continent, and now there are a mere 25 000 left. At this rate by 2119, there may be none left.

About 200 facilities across South Africa breed lions for canned hunting. As many as 6 000 lions are stockpiled for hunters, NFA said in a statement on Saturday.

“South Africa is considered the top destination for canned lion hunting and we urgently call for South African decision-makers to address the legislative gaps around this cruel practice,” NFA chief campaigner David Barritt said in the statement.

A loop hope in the regulations

There was a fine line between the two – and regulations differ by province, creating confusion that canned lion hunters took advantage of.

“The result is that South Africa is now the worst offender in Africa for a practice that has been universally condemned as cruel. Our country is now the world’s largest exporter of trophy lion heads,” he said.

No government could condone the drugging and shooting of captive animals in a travesty of hunting that frequently led to a lion dying a slow, lingering death, riddled with bullets.

Trophy hunting was big business in South Africa and according to BBC News, it was worth almost R1 billion rand in 2013 (US70 million, UK50 million).

“But this is generally understood to be for wild animals, not those bred in captivity just to be shot,” the BBC reported; then posing the question “Are lion hunters in South Africa shooting tame animals?” Barritt said.

“The clear answer to that is yes. When a lioness gives birth, her cubs are forcibly taken from her and used as a petting tool for tourists; who often pose and take photographs with them. When these tamed lions get bigger and harder to handle, they are moved to an enclosed area and stay there until someone pays to shoot them,” said Barritt.

“They can’t run, hide, or defend themselves in any way. These animals are frequently drugged to make it easier for hunters; who often shoot the creature while sitting in their nearby vehicles. In most cases, it takes several shots before the animal dies. And canned lion hunting is not the only danger lions face.

“Lions are being poached for their feet and bones to be exported to Asian countries. There they are marketed as virtual magic potions, a cure for all ills. It’s ridiculous nonsense with no scientific foundation. If left unchecked, it will wipe out the lion population in Africa,” said Barritt.