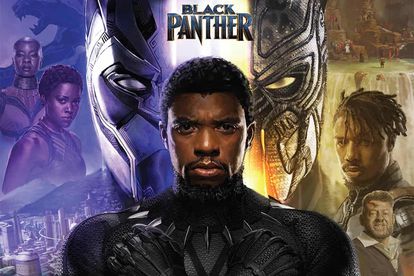 Now you may have seen all the fuss around the Black Panther movie when it first premiered on the big screen back in February.

If you have no clue what it’s all about, I’m here to help. Let me start off by saying it’s unlike any superhero film you’ve ever seen. Let’s start with the technicalities.

Without any spoilers, here goes: T’Challa returns to Wakanda after his father’s death. He takes his place as the rightful King, but the peace is disrupted when Killmonger and his associate enters the picture. The fate of Wakanda and pretty much the rest of the world lies in the balance as T’Challa fights his enemies, battles the demons from his past, all the while trying to keep Wakanda’s secrets hidden from the world.

The main cast and characters

Chadwick Boseman is the Panther himself, also known as King T’Challa, the King of Wakanda. He dresses like, well, a Panther, and his super cat-like costume is made of Vibranium, the strongest metal in the world. The same stuff that Captain America’s shield is made of.

Killmonger is played by Michael B. Jordan, is the main antagonist in this film. He wants to usurp the Wakandan throne. Jordan has received critical acclaim for his portrayal of Killmonger. You’ll see why.

Next up we have Nakia, portrayed by Lupita Nyong’o. She has a romantic past of some sort with T’Challa and cares deeply for people. She’s a capable fighter and not ready to be a Queen just yet.

Did I mention Black Panther’s warriors – the sworn protectors of the Wakandan throne – is an army of women called the Dora Milaje? Skilled fighters, intelligent, and ready to take on any foe brave or stupid enough to cross their path. Okoye, played by Danai Gurira, is their leader and all kinds of badass. She is fiercely loyal to the throne and to T’Challa.

Black Panther’s younger sister is played by Letitia Wright. Do not underestimate Shuri; she’s the lead scientist in charge of Wakanda’s advanced technological developments and weapons. It’s safe to say that she might very well be the smartest person in the world. According to producer Nate Moore, she’s even “smarter than Tony Stark.” So, there’s that.

Other notable characters include Everett Ross played by Martin Freeman, as well as Andy Serkis in the role of Ulysses Klaue, a South African weapons dealer. He stole vibranium from Wakanda years ago, and Black Panther doesn’t really like him all that much.

Where do we start? Black Panther smashed records all across the board and collected a ton of awards in the process. It won five Saturn Awards, in the categories of Best Comic-to-Film Motion Picture, Best Director, Best Supporting Actress, Best Production Design, and Best Make-Up.

At the BET Awards, Boseman walked away with Best Actor Award, while the film got the Best Movie trophy in the bag. It also won the MTV Award for Movie of the Year, Best Performance in a Movie (Boseman), Best Hero and Best Villian.

Black Panther had a budget of $210 million and earned more than $1,347 billion at the box office. It was the highest-grossing film in the U.S. and Canada, and the second highest grossing film worldwide after Avengers: Infinity War.