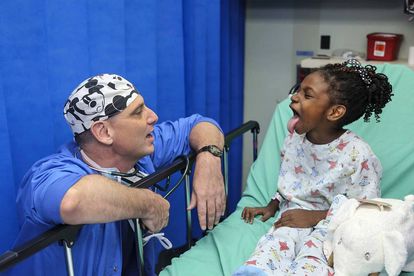 South Africa is in the lead when it comes to the highest rate for tonsillectomy procedures.

Over the last couple of decades, doctors were quick to recommend tonsil removal, especially when the respiratory tract became inflamed and a child suffered ear and throat pain as a result.

Doctors initially believed that removing the tonsils wouldn’t lead to any serious complications during adulthood. That was until a study published in the JAMA Otolaryngology medical journal earlier this year cleared the air.

The research team studied data collected from nearly 1.2 million children and found that the long-term health risks of the procedure was actually not such a good idea after all. The risks of removal were in fact considerably more significant than ear and throat infections.

Those who had their tonsils removed were three times more likely to experience allergic and respiratory tract diseases later in life – anything from asthma to pneumonia and influenza.

The team, led by Dr Byars from the University of Melbourne, said surgery should only be used as a last resort, or at the very least be delayed as long as possible to give the child’s immune system chance to develop fully. He explained:

“Given that tonsils and adenoids are part of the lymphatic system and play a key role both in the normal development of the immune system and in pathogen screening during childhood and early-life, it is not surprising that their removal may impair pathogen detection and increase the risk of later respiratory and infectious diseases.”

A study done by the University of Cape Town found that nearly 2,000 tonsillectomies were performed per 100 000 teenagers, putting South Africa ahead of Northern Ireland which had a rate of 850/100 000.

The research team noted, however, that the tonsillectomy rate “has never been described before. It has therefore been difficult to compare local practice with international norms.”

Social and geographical factors also played a part in SA’s higher-than-average rates, with children from higher socioeconomic status receiving the procedures more frequently than other sectors of the community.

They noted that parents were largely uninformed when it came to the procedures:

“The perceived benefit of the procedure thus leads parents to request adeno-/tonsillectomy, as they believe surgery to be in the best interests of their children. These opinions are largely uninformed.”