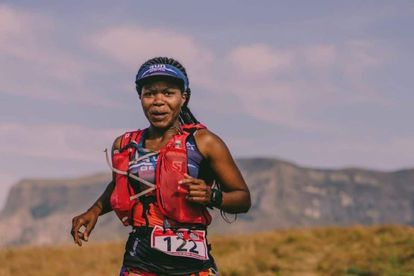 Richards Bay athlete Nontu Mghabi in action for a good cause. Photo: Go Beyond for a Child

Richards Bay athlete Nontu Mghabi in action for a good cause. Photo: Go Beyond for a Child

In completing the World Marathon Challenge, Mghabi has become the first South African female to do so. But this determined Richards Bay athlete didn’t endure seven marathons on seven continents in seven days, just for kicks. Her motivation was to make a difference.

The challenge, which took place from 6 to 12 February, saw Mghabi running the standard 42.195km marathon in Antarctica, Africa, Australia, Asia, Europe, South America and North America — all within 168 hours.

Mghabi participated in all these marathons to raise funds for an underprivileged rural school.

Every step was for the children

On her BackaBuddy fundraising page, she explained why the ultimate objective of running wasn’t for her personal benefit.

“To respond to the health and educational challenges faced by 657 children in the Mtubatuba area [KwaZulu-Natal], I decided to take up the World Marathon Challenge in which one runs seven marathons on seven continents in seven consecutive days.

“My aim was to raise funds for the needy and vulnerable children of a rural village school, Khiphinkunzi Primary School, to build five classrooms, two administration offices and to revamp the school.”

Having named her initiative Go Beyond for a Child, Mghabi uses endurance running as a medium to help improve the learning conditions of children in need through a sustainable community development programme.

She decided to turn her natural passion and gift to changing lives of children – to run beyond the pure joy of running and to run for a cause.

“It is my wish that every child receives a fair chance to succeed,” she said.

Determined to succeed in her World Marathon Challenge, Mghabi says knowing it was for good cause gave her the motivation to push through the most difficult moments.

In an interview with News24, she shared how she found the Antarctica leg particularly hard — even drinking water was tough.

“It was first a challenge to even get to the continent. The winds were bad, even by Antarctic standards. We were planning to initially go with a private charter plane, but this was not possible. From the time we got there, the wind was bad. You try to drink water, but the water was frozen. You can barely use your hands.”

Determined to complete the race, Mghabi drew on the support of the kids for whom she was running.

“Before I took off, the school sent me a video clip of the kids who made a beautiful poster of myself running. They were singing ‘Nontu conquer the world’. In Antarctica, it was all that kept me going. I knew I needed to conquer. They pushed and inspired me.”