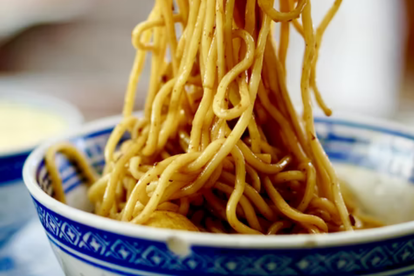 One man got a divorce over noodles. Image via Unsplash

One man got a divorce over noodles. Image via Unsplash

For many people, noodles are a quick and convenient meal to prepare. As of late, however, many South Africans are wondering whether they are still safe to eat. This after five children reportedly died after eating the instant meal.

A petition has since been started for the “dangerous” brand noodles to be taken off the shelves.

Authorities are currently investigating the deaths of five children who died after sharing instant noodles. Two of the children were siblings from Mpumalanga while the other three were from the Eastern Cape.

Their deaths have sent shockwaves around the country as many locals try to make sense of how eating the food led to their passing.

Many people are using social media to discuss claims that the noodles were contaminated by foreign nationals who often sell the food at their spaza shops. The South African Human Rights Commission has since slammed these claims as “irresponsible.”

A photo of greenish-grey noodles has also been circulated online by South Africans who are encouraging others to stop eating the product.

And now Thato Majola has started a Change.Org petition calling on the government to reveal the brands behind the food product. Thato also wants a product recall for all the brands involved, IOL reports.

Meanwhile here’s what netizens are saying:

“That’s why when I have to buy it, I prefer the original Maggi and at big shops.”

“The problem is that we not eating food anymore we eating food-like products, the like of Tiger Brands must educate people about fake food products since our own gov has failed us otherwise kuzofa abantu in our townships.”

How can you stay safe?

There is currently no evidence to suggest that instant noodles are unsafe for consumption. Given recent events, those who consume noodles must exercise caution.

If the noodles appear to be discoloured or taste different than normal, it’s best to stop eating immediately and discard what’s left of it. It’s also important to practice good hygiene at all times when preparing food.