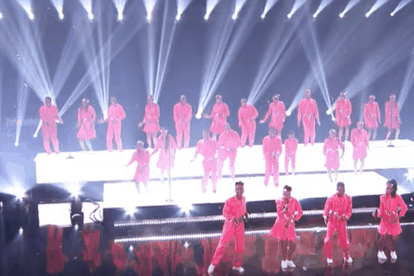 The Ndlovu Youth Choir recently revealed that music mogul, Simon Cowell offered them a record deal after sharing in their journey on America’s Got Talent as one of the judges.

The Ndlovu Youth Choir made it onto the final stage of America’s Got Talent before Kodi Lee from California took the ultimate prize.

Even though they did not win, the choir from Limpopo eventually became a household name in South Africa and consequently the world.

“Our America’s Got Talent journey may have come to an end but this is only the beginning. We are so excited for what lies ahead and we look forward to continuing sharing love, unity and above all hope.”

On Radio 702, the choir and their conductor, Ralf Schmitt, revealed that they have in fact landed a deal with Cowell.

“We are very excited that Simon Cowell and his company have exercised their option to sign the choir and together with Sony Music in South Africa are working on exciting projects.

“It is a wonderful compliment to these young people because he wouldn’t do that if he didn’t think there is a future for them and the work they have done.”

Cowell has signed some of the biggest artists on the charts including One Direction, Westlife, Little Mix, Olly Murs and Susan Boyle.

At the moment, it is not clear if the Ndlovu Youth Choir accepted the record deal.