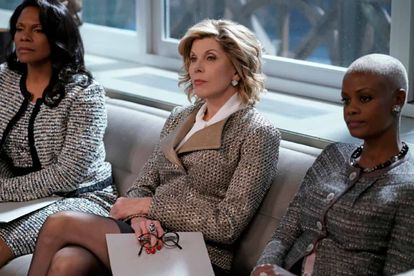 Here is a little preview of what is coming to Showmax this October 2019 to January 2020.

In this Sons of Anarchy spinoff, Ezekiel “EZ” Reyes (JD Pardo from Twilight: Breaking Dawn Part II) is a prospect in the Mayans M.C. charter on the Cali/Mexi border. Once the golden boy with the American Dream in his grasp, EZ is trying to reconcile with his brother Angel (Clayton Cardenas from American Crime) while searching for the truth behind their mother’s death. Meanwhile, their father, Felipe (Oscar nominee Edward James Olmos), is struggling to lead his sons down the righteous path.

The first two seasons of Harlots revolved around rival brothel owners, Margaret Wells (Oscar nominee Samantha Morton) and Lydia Quigley (Oscar nominee Lesley Manville), and was set in 18th century London – an era when one in five women earned a living as a prostitute in the city.  At the start of Season 3, it seems that the Wells girls can finally free themselves of their mother’s feud, helped by allies such as Lady Fitz (Liv Tyler). But Charlotte Wells (Jessica Brown Findlay from Downton Abbey) soon learns that running a lucrative brothel brings enemies as well as friends, including new pimp in town Isaac Pincher (2019 Emmy nominee Alfie Allen from Game of Thrones).

In Season 2, the dysfunctional Roy family are struggling to retain control of their global media empire. But while the future looks increasingly uncertain, it is the past that threatens to ultimately destroy them. Kieran Culkin was nominated for the Golden Globe as Roman, Matthew Macfadyen was up for a Critics Choice Award as Tom, and the impressive cast includes Golden Globe nominee Brian Cox (Adaptation, X-Men 2, Deadwood), Screen Actors Guild nominee Jeremy Strong (The Big Short) and multi-award winners like Hiam Abbas (Ramy, Blade Runner 2049) and Sarah Snook (The Dressmaker).

In the early 1960s, infamous crime boss Bumpy Johnson (Oscar winner Forest Whitaker) returns from 10 years in prison to find the neighbourhood he once ruled in a shambles. With the streets controlled by Vincent ‘Chin’ Gigante (Emmy nominee Vincent D’Onofrio from Daredevil and Jurassic World) and the Italian mob, Bumpy must take on the Genovese crime family to regain control. During the brutal battle, he forms an alliance with radical preacher Malcolm X (Nigel Thatch from Selma). Godfather of Harlem shows how the criminal underworld and the civil rights movement collided during one of the most tumultuous times in American history.

WHAT WE DO IN THE SHADOWS S1

From Jemaine Clement (Flight Of The Conchords) and Taika Waititi (Thor: Ragnarok), the hit mockumentary What We Do In The Shadows is a look into the daily (or rather, nightly) lives of three vampires who’ve lived together for over 100 years on Staten Island, New York.

This 10-episode modern noir drama follows a young grifter, James (Emmy nominee Jimmi Simpson from Westworld, Black Mirror and House of Cards), as he attempts to prey upon Pastor Byron Brown (Oscar winner Sir Ben Kingsley). But the pastor and his wife Lillian (Oscar nominee Jacki Weaver from Silver Linings Playbook) – known to their parishioners as Pa and Ma – turn out to be far more dangerous than he suspects…

THE DEUCE S3 – THE FINAL SEASON

Missing The Good Wife? Thankfully Diane Lockhart (Christine Baranski in an Emmy-nominated role) and Lucca Quinn (Cush Jumbo in a Critics Choice nominated role) are back in the sequel, The Good Fight, which picks up a year later as a financial scam wipes out Diane’s life savings, and good reputation, forcing her to start from scratch at a historically black law firm, Reddick, Boseman, & Kolstad. Look out for a host of familiar faces from The Good Wife, including Kurt McVeigh (Emmy nominee Gary Steele), Marissa Gold (Sarah Steele) and Julius Cain (Michael Boatman), alongside the likes of Emmy winner Audra McDonald (Private Practice), Screen Actors Guild nominees Rose Leslie (Game of Thrones) and Delroy Lindo (Get Shorty), and Golden Globe nominees Michael Sheen (Masters of Sex) and Matthew Perry (aka Chandler from Friends).

Based on the classic Joseph Heller novel, Catch-22 follows the adventures and misadventures of a US air squadron in Italy in World War II. Christopher Abbott (The Sinner, Girls) is Yossarian, a bombardier, whose frantic obsession every time he goes up on a mission is “to come down alive”. His odds of success at such a simple aim keep getting worse, because Colonel Cathcart (Emmy winner Kyle Chandler from Friday Night Lights and Bloodline) keeps raising the number of missions the men have to fly. More than the retreating Germans, the real enemy for Yossarian and his rag-tag bunch of friends is the bureaucracy of the military, inverting logic at every turn. The pinnacle of this is Catch-22, a military by-law which states that if you willingly fly your missions, you’re crazy, and don’t have to fly them; all you have to do is ask. But if you ask, that proves you’re sane, and so you have to fly them. Oscar winner George Clooney stars as the barking mad, parade-obsessed Scheisskopf and  Golden Globe winner Hugh Laurie (House M.D.) is the mellow, slightly checked-out Major de Coverley.

A spinoff from the multi-award-winning The Fosters, Good Trouble explores the trials and tribulations of the tenants of Downtown LA’s hippest residence, The Coterie. This season, Mariana (Cierra Ramirez), Callie (Maia Mitchell) and the rest of The Coterie crew will continue to navigate their early twenties as they deal with breakups, demand equality, find happiness and discover what it means to fight for what you believe in.

A collaboration between Mike Judge (Beavis and Butthead) and Alec Berg (Barry), Silicon Valley takes a comedic look at the modern-day epicentre of the high-tech gold rush, where the people most qualified to succeed are the least capable of handling success. Thomas Middleditch stars in an Emmy-nominated role as Richard Hendricks, a Silicon Valley engineer trying to build his own company called Pied Piper.

Starring Emmy nominee Kathryn Hahn (Transparent) in the title role, Mrs. Fletcher is a seven-part series based on the bestselling novel of the same name by Tom Perrotta (The Leftovers, Little Children). The series is a dual coming-of-age story chronicling the personal and sexual journeys of an empty-nest mother and her college freshman son, who both embrace their newfound freedom with mixed results. South African Liesl Tommy (Insecure, The Walking Dead, Jessica Jones) is part of the all-female directing team, which also includes Oscar nominee Nicole Holofcener (Orange Is The New Black), nine-time Emmy nominee Carrie Brownstein (Portlandia, Transparent) and Gillian Robespierre (Silicon Valley).

This half-hour dramafocuses on two Mexican-American sisters from the East Side of Los Angeles who couldn’t be more different or distanced from each other. Circumstances force them to return to their old neighbourhood, where they are confronted by the past and the discovery that their deceased mother was in a lesbian marriage.