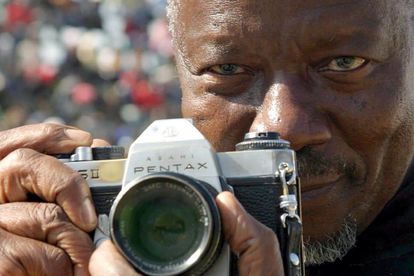 The Sam Nzima Foundation and Museum which was launched on Saturday 27 June 2020, will display all Nzima’s work.

Nzima is famously known for the photograph he took 44 years ago during the Soweto Uprising of 1976.

This photograph, published around the world, became an iconic symbol of the anti-apartheid struggle. The anniversary of Pieterson’s death on 16 June became Youth Day to honour young people and bring attention to their needs.

The price of photographing the struggle

The impact of his work cut deeply, as Nzima had to hide due to the pressure he faced from the security police. He suffered for many years while trying to publish the Pieterson image.

In an interview with SABC News, Thulani said donating his late father’s work to the new museum was emotional yet necessary to keep his memory alive.

“We felt as a family there is no point in keeping this house without putting it to good use. There is no better way in doing it than for us to go to the humble beginnings. This is where Sam Nzima came to live when he came back from Johannesburg,” his son said.

Although Lilydale is in a rural area, the museum has the potential to be a remarkable landmark to draw tourists. It is near lodges such as Mala Mala and Ulusaba game reserves.

Nzima spent almost all his life in Lilydale. He served on the councils of the Lilydale municipality and Bohlabela district and also managed a photography school.

The museum will not only exhibit the legend’s work, it will also consist of a child development centre and a cultural centre as helping the community was close to Nzima’s heart.

Thulani told the SABC that the museum is not only about displaying photographic work but also aimed to tell the story of the people of Mpumalanga.

An original camera that Nzima used will also be displayed in the museum.