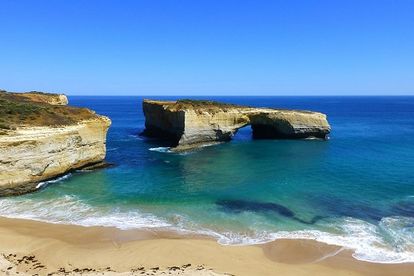 1. In 1954, Bob Hawke, who later became the Prime Minister of Australia, drank 2.5 pints of beer in 11 seconds. This feat won him a place in the Guinness Book of Records.

2. Australia’s first police force, the New South Wales Police Force, was made up of the 12 best-behaved convicts.

3. Australia is home to more camels than Egypt; most are sold to Saudi Arabia, where they form part of popular local cuisine.

4. Keep your furry friends close – Australia is one of the only countries in the world where the animals on the coat of arms are eaten: Both kangaroo and emu meat are considered to be healthy and lean.

5. Craving spanakopita, baklava or souvlaki? Head down to Melbourne, home to the world’s largest Greek population outside of Athens.

7. While most people think of the land Down Under as being dry and dusty, the Australian Alps receive more snowfall than Switzerland.

8. It is illegal to walk on the right-hand side of a footpath, this is supposed to ensure orderly pedestrian traffic.

9. Celebrating a creature most see as a pest, each year a hotel in Brisbane hosts the Australia Day Cockroach races – considered the world championships of cockroach racing. Yes, really.

10. Australia is home to some of the world’s most deadly creatures, including 20 of the 25 most deadly snakes in the world.

Are you keen to explore the wonders and oddities of Australia?  1st Contact’s experienced Australian immigration team are ready to help you make the move.  Visit their website and find out more about getting your Australian visa.

Roast of Khanyi Mbau: Memorable moments that had us screaming [watch]