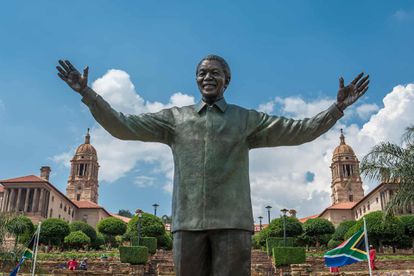 As South Africans, we go further, embracing the chance to celebrate our first democratically elected president’s life for the whole month of July, and do so by engaging in activities to help fellow citizens who are in need.

It is an opportunity to heed the call to action for people to harness their individual and collective power and energies to positively impact and change the world around us. The overarching objective is to inspire individuals to take action and, in so doing, empower entire communities and build a global movement for good.

Nelson Mandela International Day has enjoyed more than 10 years of global support since it was launched by the UN in 2009.

How did the day come about?

“In recognition of the former South African President’s contribution to the culture of peace and freedom, the UN General Assembly declares 18 July Nelson Mandela International Day.

Resolution A/RES/64/13 recognises Mandela’s values and his dedication to the service of humanity in: conflict resolution; race relations; promotion and protection of human rights; reconciliation; gender equality and the rights of children and other vulnerable groups; the fight against poverty; the promotion of social justice. The resolution acknowledges his contribution to the struggle for democracy internationally and the promotion of a culture of peace throughout the world.”

This year, the world is facing intersecting struggles and challenges. We are confronted with a pandemic that has led to many countries instituting lockdowns that have prevented people from engaging in income-generating activity. The world has also seen global anti-racist protests, sparked by events in the US, and, closer to home, where gender-based violence continues to convulse and shame our nation.

“There are few times in history that have called more urgently for solidarity and concerted efforts to take action against poverty and injustice,” the Nelson Mandela Foundation said.

This year, 2020, the focus is on education, food and nutrition.

“A global movement for positive change begins with small actions. As each person acts, they fuel momentum toward positive change, raising awareness and expanding the reach of Mandela’s values — fighting injustice, helping people in need and practicing reconciliation.”

Why 67 minutes for Mandela Day?

People across the world take part in this day by doing something good for 67 minutes, making small gestures in solidarity with humanity — one minute for every year of the late South African leader’s public service.

“It is time for new hands to lift the burdens. It is in your hands now,” said Mandela, announcing this idea on his 90th birthday in London’s Hyde Park.