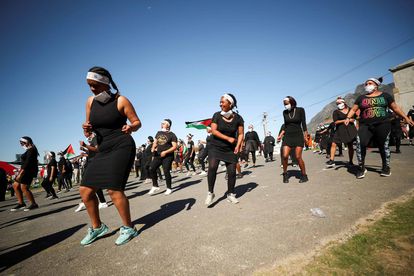 While Master KG’s hit, Jerusalema, continues to bring joy to various people all over the world, a new Irish study suggests that getting your groove on to the song’s choreography could lead to injury.

According to TimesLive, upon analysing three men who were taken to a hospital’s emergency department after doing the Jerusalema dance, the Irish study found that the sudden push-off move during the dance sequence caused the Achilles tendon to snap, requiring surgery.

The study published in the International Journal of Surgery Case Reports on 7 September revealed that the Achilles tendon is known to be particularly vulnerable – and has “long been prey to musculoskeletal injuries as a result of intermittent, high-intensity activity”.

Multiple studies have shown that the overall incidence of the Achilles tendon ruptures is on the rise globally and might be attributed to in part by our ageing population, diabetes, hypertension and obesity.

The Achilles Tendon ultimately endures a significant amount of strain and is at risk of rupture in all age groups upon running, jumping and exercises requiring sudden changes in velocity.

But, now viral dance challenges offer new patterns of injury. The researcher’s first case is of a 55-year-old man who had “weakness and pain of his left lower limb” following dancing the Jerusalema with his granddaughter.

He described feeling like someone had “kicked the back of his leg” as he pushed off during one of the movements and subsequently was unable to push off the ground to walk.

“The third patient described the injury occurring in a similar fashion to our last patient following a small jump and push off the floor with his left leg.”

The study found that all three patients recalled the injury occurring at a specific part of the dance with one man having caught it on video (pictured above).

“On reviewing the Jerusalema dance, there is a push-off sequence in which the participant accelerates forward while simultaneously rapidly transferring weight to the alternate foot which is prepositioned in plantarflexion. The gastrocsoleus complex is pre-tensioned prior to the foot making contact with the ground. This is further exacerbated by the knee being in an extended position which increases the tension through the gastrocnemius.”

Sudden loading of the forefoot in this position can therefore momentarily create enough tension to rupture the tendon.

The dangers of well-intentioned physical excercise

The study ultimately aims to highlight the dangers inherent when well-intentioned, but physically deconditioned individuals perform a physical exercise that is deceptively demanding.

“Going forward, viral challenges such as the Jerusalema may contribute to new and interesting mechanisms of injuries in our ‘weekend warrior’ cohort. In addition to this, given the global deconditioning seen due to the COVID 19 pandemic and subsequent lockdowns we may see a higher rate of Achilles tendon injuries in the near future across a multitude of patient cohorts.”