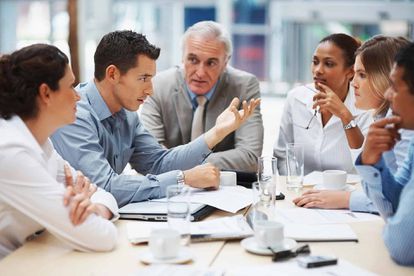 Being able to converse in more than one language is good for your brain. Image by Joseph Mucira from Pixabay

Being able to converse in more than one language is good for your brain. Image by Joseph Mucira from Pixabay

Good news for South Africans, where bilingualism and multi-lingualism is a way of life: Speaking more than one language is good for the brain.

According to a report by broadcaster CNN published today, research done by York University in the Canadian city of Toronto has shown that, in ageing people, learning another language actually seems to hold back Alzheimer’s disease, a progressive disease that progressively destroys memory and other important mental functions.

Research by Professor Ellen Bialystok, a psychologist working at the university, turned up the remarkable discovery that bilinguals are diagnosed with Alzheimer’s disease four to five years later than their monolingual counterparts.

The brain will subtly rewire

And when it comes to the beneficial effects bilingualism has on the brain, education levels do not matter.

In fact, the most profound effects were found in people who were illiterate and had no education. Bilingualism was their only real source of mental stimulation and as they got older it provided protection for their aging brains.

You will continue to function

Another researcher who focuses on Alzheimer’s research, Tamar Gollan of the University of California, agreed with Bialystok.

“What it does is it makes you continue to function, even in the face of having damage to the brain. You can imagine an athlete with an injury crossing the finish line, even though they’re injured.”

Effect is on the attention system

So why does being bilingual have any effect at all?

“The effect it has, I believe, is on the attention system,” Bialystok told CNN. “This is what cognition is, knowing what you need to attend to and blocking out the rest.”

“When you’re bilingual,” Gollan said, “you can’t turn one language off, so you’re constantly having to face choices that monolingual speakers don’t have to make. So in addition, you have to ‘work hard’ to be bilingual.”