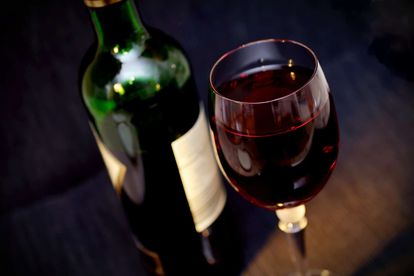 Image by congerdesign from Pixabay

Image by congerdesign from Pixabay

Out of New York comes a story that confirms what many of us have long suspected: Without the label to guide them, your average wine snob is hard-pressed to tell the difference between a R30 000 bottle of Chateau Millionaire and a R10.99 bottle of Chateau Babelaas.

The tale of an epic wine whoopsie is told in the wine publication Decanter and goes like this.

At Balthazar, a well-established and trendy New York restaurant, two tables were enjoying a night out; one a group of four well-heeled Wall Street businessmen and the other a young couple on a more budget-conscious date.

Wine decanters got mixed up

The Wall Street crowd ordered the most expensive red wine on the menu, a $2 000 (R32 000) bottle of Chateau Mouton Rothschild 1989, while the young couple simultaneously chose a more modest $18 (R300) bottle of Pinot Noir.

One of the restaurant managers transferred the Rothschild into a decanter at the waiter’s station. At the same time, another manager was putting the Pinot Noir into an identical decanter.

You don’t need to have the IQ of Einstein to predict what happened next. Yes, the businessman’s table got the $18 wine and the young couple the $2 000 wine.

According to Balthazar owner, Keith McNally, who detailed the incident on Instagram, the host at the Wall Street table “considered himself a wine connoisseur and, showing off to his guests, tasted the cheap wine before bursting into raptures about its ‘purity’.”

Meanwhile, across the room: “On taking their first sips of what they believed was cheap wine, they (the young couple) jokingly pretended to be drinking an expensive wine and parodied all the mannerisms of a wine snob,” McNally related.

Not long afterwards, the horrified managers realised their error and phoned McNally at home. He rushed to the restaurant.

“The businessmen’s celebratory mood was clearly enhanced by the wine they had mistakenly thought was the restaurant’s most expensive. This put me in a dilemma: whether to come clean and admit the manager’s mistake, or allow them to continue drinking the cheap wine in blissful ignorance?” McNally said.

He decided that honesty was the best policy and elected to come clean and explain the mistake. However, he didn’t feel it was right to now deprive the young couple of their moment of wine glorify and Balthazar picked up the tab for the wine mistakes.

Businessman covers it all up

“The Wall St. businessman responded by saying, ‘I THOUGHT that wasn’t a Mouton Rothschild!’ The others at the table nodded their heads in servile agreement,” McNally said.

“The young couple were ecstatic by the restaurant’s mistake and told me it was like the bank making an error in their favour.”

The moral of the story: Don’t be a wine snob unless you’re absolutely sure you aren’t inadvertently waxing lyrical about a cheap bottle of plonk!