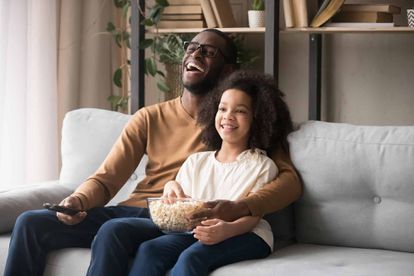 If you need some distraction from the current state of affairs, here are a few suggestions from tonight’s Sunday movie lineup. Turn to M-Net, M-Net Movies 3, eTV and SABC 3.

The true-life story of Christian music star Jeremy Camp and his journey of love and loss that looks to prove there is always hope.

With the imminent destruction of Krypton, their home planet, Jor-El and his wife seek to preserve their race by sending their infant son to Earth. The child’s spacecraft lands at the farm of Jonathan and Martha Kent.

They name him Clark and raise him as their own son. Though his extraordinary abilities have led to the adult Clark living on the fringe of society, he finds he must become a hero to save those he loves from a dire threat.

‘Man of Steel‘ cast and characters

Will Sawyer is a former FBI agent and U.S. war veteran who now assesses security for skyscrapers. While he’s on assignment in China, the world’s tallest and safest building catches on fire, and Will gets framed for it.

Now a wanted man and on the run, he must find those responsible, clear his name and somehow rescue his family members when they become trapped inside the inferno.

As Michael Corleone ages, he finds that being the head of the Corleone crime family isn’t getting any easier. He wants his family out of the Mafia, but the mob kingpin isn’t eager to let one of the most powerful and wealthy families go legit.

Making matters even worse is Michael’s nephew, Vincent. Not only does Vincent want a piece of the Corleone family’s criminal empire, but he also wants Michael’s daughter, Mary.