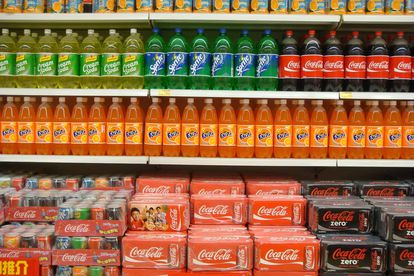 Experts recently suggested an increase on sugar tax from its current 10% to 20% in order to improve health outcomes and support increased revenue collection.

According to the SABC, the proposal comes as Finance Minister Tito Mboweni is due to deliver the 2021 Budget Speech next week. Experts say a further increase in sugary beverages will not only result in a reduction in communicable diseases like diabetes, but it will also help support the country’s growing tax collection shortfall.

Government currently projects a R300 billion shortfall in revenue in this year’s budget. However, experts say a significant shortfall in the region of R250 billion is still on the cards. They add that the government has lost out on sin tax collections due to the ban on alcohol and cigarettes sale during the lockdown.

Director of Research at the University of Cape Town, Corne van Walbeek, says, “Of the alcohol, tobacco, and sugary beverages – those taxes in total comprise 3.5% of government revenue. The government is going to be collecting substantially less of what that they had anticipated”.

The main reason for that is because of the ban on cigarette sales during 2020 for 20 weeks and the three different bans on the sale of alcohol during that same time period.”

Director of the South African Medical Research Centre for Health Economics and Decision Science (SAMRC), Karen Hofman, says a 20% tax increase on sugary beverages will help reduce comorbidities, which have led to increased COVID-19-related deaths among the population. She also said that research has shown that sugar, particularly in liquid form, increases the risk of obesity, diabetes, hypertension, cardiovascular disease, many common cancers and dental decay.

Commenting on eating habits that cause illnesses, Hofman said people think they have “control over what [they] are eating and drinking”, but they don’t. “You have been told from an early age by your environment on what to buy, what to consume and what to eat.”

She says the health incentive in this regard exceeds the financial incentive.

How to be effective in raising revenue

According to Mail and Guardian, head of Heala, Lawrence Mbalati, said the sugar tax had generated R5.4-billion for the government within its first two years and R3.2-billion after it was introduced in 2018.

“If the treasury doubled the health promotion levy now, it could net the government around R2-billion to help fund the fight against COVID-19 in the short term,” he said, adding that these estimates are based on current sugar consumption levels and the revenue raised by the levy.

According to a pair of tax experts at legal firm Webber Wentzel, government will likely be tempted to increase the marginal rates of tax of top earners in the budget as well.

“As marginal income tax rates have not increased for some time (in government’s view) this is a likely target for tax hikes in the forthcoming February Budget.”

It is said further that treasury will seek to squeeze the public for more money in order to fund government payments for the COVID-19 vaccine.