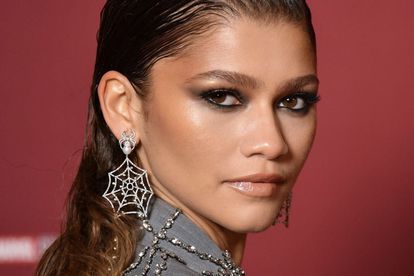 The 25-year-old actress — who was joined by her co-star and beau Tom Holland (Spider-Man) on the red carpet in London — donned the luxury Jacob & Co jewellery, which comes with an epic price tag, according to Page Six.

They are made of white pearl and diamonds with an impressive 752 studs, amounting to 3.62 carats.

The lavish look — complete with a matching grey jacket with sparkly embellishments and black thigh-high boots by Alexander McQueen — comes after Zendaya recently revealed she dressed head-to-toe in Target at her first movie premiere.

ZENDAYA WENT FROM TARGET TO HIGH-END

The movie star felt “fly” in the pieces from the US budget superstore and insisted “that’s all that matters.”

Asked what she would tell her teenage self at the time in an interview with the November issue of InStyle magazine, she said:

“When I was 14 and at my first movie premiere, my outfit was a bunch of stuff that I had from Target. And I thought I was fly. I felt cool. To this day, I think that’s really all that matters,” she continued.

Early on in her career, major designers refused to dress the Hollywood star, and now they are lining up for the job. And Zendaya even has her own name stitched onto her custom Valentino pieces.

“When [Valentino creative director] Pierpaolo [Piccioli] comes up with these beautiful silhouettes for me to wear, he has my name stitched on a little tag inside. All my custom Valentino pieces have a little ‘Zendaya’ on them,” she said.

Meanwhile, the Dune star was recently honoured with the Fashion Icon prize at the CFDA Fashion Awards. In August 2015, she debuted her shoe collection named Daya – named after her childhood nickname – and, a year later, she released a gender-fluid collection.

The Greatest Showman star is also a brand ambassador for major brands, including Tommy Hilfiger, Lancome, Valentino, and Bulgari. Zendaya followed in the footsteps of Naomi Campbell, Beyonce, Rihanna, and Lady Gaga in being awarded the Fashion Icon prize.