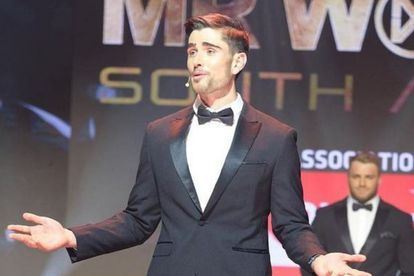 Mr World SA is an international ambassador for doing good within his community and country the title falls under the leadership and support of the Miss World Organisation.

In 2020, Mr World SA took over the management of a new title – Mr Gay World SA. Both titles are under the banner of United With Purpose which promotes equality and unity regardless of race, religion, colour or creed.

Best known for his role as Reitz on the KykNET soapie, the actor said that he is still in shock at his victory.

“Thank you for everyone’s support last night @mrworldsouthafrica ????????This journey has and is going to change my life forever,” wrote Van Noordwyk on Instagram.

“Still in shock at the moment, but hopefully my mind and body will catch up soon ????,” he added.

The actor is passionate about making a difference in the world.

“Each South African citizen, no matter your gender, race, religion, sexuality, beliefs etc. has the need to feel known, accepted and valued,” he wrote on Instagram.

“The only way we can possibly achieve unity is when we take each other into consideration. Placing yourself in your neighbour’s shoes. Spreading as much love, kindness and hope that we possibly can,” he added.

Bodybuilder Anthony Sikanandze was named the first runner-up. He took to Instagram to share his sentiments ahead of the event.

“I have met so many interesting people from all across the country and I am looking forward to what the future holds,” he wrote.

Here are the three faces of Mr World SA.

The first Mr World SA pageant was hosted in 2019 and television personality Fezile Mkhize was crowned the winner. He then went on to represent South Africa in the Mr World competition in 2019, where he was named first runner-up and crowned Mr World Africa.