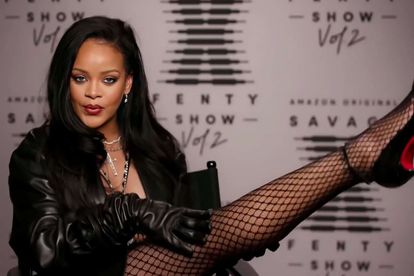 Fans of the Barbadian superstar have been waiting for some new songs and the release of her much-anticipated R9 album for what seems like ages.

However, they most certainly found it in their hearts to forgive Rihanna for the long wait after her Savage X Fenty Show Vol 2 was broadcast on Amazon Prime Video on 2 October.

Not only did the show feature celebrities as performers and models, but the Fenty Beauty queen featured lingerie for both genders — in every single body size and type, breaking through the barriers of stereotypes.

Rihanna has been dodging questions about the release date of her album — which fans have dubbed R9 as it would be her ninth album — while either promoting her makeup line, Fenty Beauty, or her fashion house, Fenty.

She did, however, give a taste by performing one of the songs from R9, Real High, at the second instalment of the Savage X Fenty show which took place at the Los Angeles Convention Centre.

Paris Hilton, Cara Delevingne, Bella Hadid and Normani were also seen strutting their stuff down the runway, sizzling next to the woman of the moment –

Diversity at its best

Rihanna also made sure to introduce a section for the gents as well…and not one that only caters for men with well-toned abs. Now, even your brother with a pot belly can don pyjamas that have been verified by Rihanna herself!

She teamed up with Sean Combs’ son, Christian Combs, to produce the men’s underwear range. Adding plus-size and some queer fabulousness, also contributed to making the show a knockout…and fans have been raving about it ever since.

A little added secret is that Rihanna prefers writing everything down by hand. Some designs are covered in her handwriting.

Imagine underwear or a bodysuit that has smiley faces and xoxo written on it by Rihanna. Does it get any more personal than that?